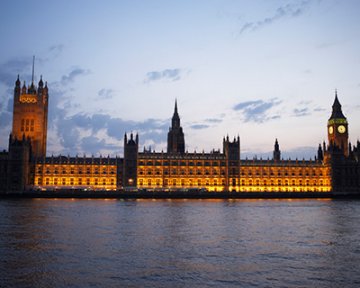 The No Fault Divorce Bill is to receive a second reading on 22 January 2016. It successfully passed its first reading on 13 October 2015.

The bill is sponsored by Richard Bacon MP and backed by Resolution, who have commented that:

If MPS are serious about reducing family conflict and the trauma that can be caused by divorce, I would urge them to support the bill as a welcome step towards removing the requirement of fault from divorce… a civilised society deserves a civilised divorce process.

In June 2015, Resolution carried out some research which showed that 52% of divorce petitions were fault-based, alleging either unreasonable behaviour or adultery. A full 27% of divorcing couples who asserted blame in their divorce petition admitted that the allegation of fault was not true but it was the easiest option.

Currently, divorces in England and Wales may only be granted on one of five grounds: adultery; unreasonable behaviour; desertion for two years or more; two years’ separation with consent; or five years’ separation without the other party’s consent. Thus, couples who have simply come to the conclusion that the marriage is no longer working have to consider whether the divorce can wait two years or if one of them should file divorce papers citing unreasonable behaviour so that matters can be concluded with greater immediacy.

Baroness Hale has called for no fault divorce on numerous occasions. In 2014, in an interview with the Evening Standard, she pointed out that the new ground for divorce would save couples ’producing a list of the other person’s failings’.

Online research commissioned by this firm and carried out by OnePoll found that 85% of people questioned believed that no fault divorce should be available. If the Bill is passed then divorce law will make provision for the dissolution of a marriage or civil partnership when each party has separately made a declaration that the marriage or civil partnership has irretrievably broken down without a requirement by either party to satisfy the Court of any other facts.

Update: The 2015-16 session of Parliament ended without the Bill progressing any further

Re M (An Adult): The capacity to consent to marriage
This site uses cookies. Find out more. Continued use of this site is deemed as consent.   CLOSE ✖