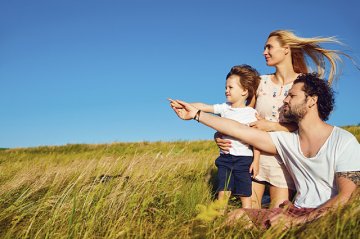 The aftermath of Resolution’s annual Dispute Resolution Week in late November, with Christmas and New Year on the immediate horizon, is a good time to reflect on the lack of awareness of alternative methods of marriage dissolution.

Resolution is an organisation of family lawyers whose members are primarily committed to the constructive resolution of family disputes. The fact that a dispute resolution awareness-raising week is deemed necessary is testament to the current state of affairs in divorce proceedings.

The primary aim of the week is to raise awareness about how important it is to put the needs of children first during a parental divorce. A poll conducted by ComRes on behalf of Resolution, published in anticipation of the week, revealed surprising statistics about the experience of children during a divorce.

An overwhelming majority - 82% of the young people surveyed - said that, despite their feelings at the time, they felt it was ultimately better that their parents divorce rather than stay together unhappily. This might be a shock, given the traditional mantra of staying together ’for the sake of the children’.

The issue seems not to be that their parents are separating, but that they did not consult their children during the process: 62% of the young people disagreed with the statement that their parents made sure they were part of the decision-making process.

This may in part be the fault of the method by which parents choose to separate; the courts are still the traditional default. Courts are confrontational places, they require two competing sides and they foster a culture of winners and losers. It is easy with this sort of structure for the children to be the real losers. Parents can quickly lose sight of the needs of their children when they are working on securing their own needs.

Alternatives to family courts such as mediation, arbitration and collaborative law can provide a method of compromise, where negotiation ensures that both parties are satisfied and the children can remain the main focus.

The courts themselves have recognised the benefits of alternative methods of dispute resolution. National Family Mediation has recently boasted an 80% success rate, praised by Lord Neuberger. Coinciding with Dispute Resolution Week, Sir James Munby, the current President of the Family Division, published guidelines on arbitration in family courts. These guidelines stress that the family court has an obligation to allow alternatives to court-based dispute resolution to take place, provided both parties agree. The guidelines show a clear support from within the courts for alternative methods.

This is hardly surprising given the current over-saturation of the family courts. The courts cannot efficiently process the sheer volume of cases currently coming to them. The delays which have ensued have increased the cost of traditional litigation. It is hoped that the new practice guidelines will encourage more family lawyers seriously to consider alternative avenues.

The cost of the traditional courtroom route can be expensive without additional delay costs. Family breakdown costs the economy around £46 billion per year, and individual family court cases cost the taxpayer £1,618 per day in staff costs. Added to this is the fact that legal aid is now only available for private family law cases if there is evidence of domestic violence or child abuse and child abduction cases.

These methods have well-documented benefits but are rarely chosen. There has been little upturn in recent years in the number of mediation or arbitration cases – certainly not in proportion to the number of people struggling with the overloaded court system. The Ministry of Justice’s figures on legally-aided mediation show no growth, the numbers standing still in the most recent quarter.

The previous Family Justice Minister, Simon Hughes, was a keen advocate of mediation and alternative dispute resolutions, funding a campaign to raise awareness of mediation just earlier this year. As yet it is unclear whether his successor, Caroline Dinenage, will follow in his footsteps.

Pension attachment orders- what do you need to know?
This site uses cookies. Find out more. Continued use of this site is deemed as consent.   CLOSE ✖