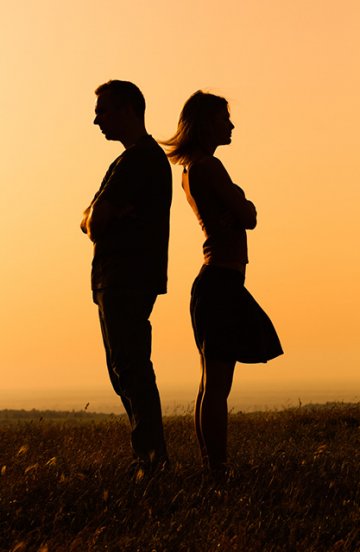 Earlier this year, Jodie Kidd hit the papers for a ’quickie divorce’ less than a year into the marriage.

In fact this was yet another case of an oversimplification of family law – it is simply not possible for spouses to divorce if they have been married for less than one year. A ’quickie divorce%27 only really exists in the realm of the tabloids.

What actually happened was that Jodie Kidd’s ex, David Blakeley, applied for a decree of judicial separation, which can be granted if the marriage has not made it to the first anniversary.

What is judicial separation?

A decree of judicial separation has the following effect:

Judicial separation tends to be favoured by couples who are opposed to divorce, typically for religious grounds, but who no longer wish to live together as husband and wife. One of the differences between divorce and judicial separation is that there is an absolute bar on divorce proceedings if the couple have not been married for one year.

No. Family court statistics show that in 2014, 210 petitions were filed and just 141 decrees of judicial separation were granted. This is a mere handful in comparison to the 112,003 decree absolutes issued for divorce proceedings (referred to as ‘dissolution of marriage’ statistics on the website).

ONS figures show that divorce is declining
This site uses cookies. Find out more. Continued use of this site is deemed as consent.   CLOSE ✖