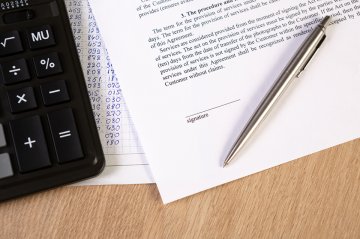 Given the high procedural hurdle that must be surmounted to achieve a committal order, are they ever used in practice? This piece looks at a few examples in the last few years.

A circuit judge in the Sheffield County Court sentenced Mr Zuk to nine months in prison for failing to pay a lump sum. Mr Zuk appealed, and the sentence was drastically reduced to six weeks. This case does not demonstrate that those in contempt can get away with light sentences, but rather it demonstrates the importance of bearing in mind how punitive this sanction is, and the constant balance that must be struck between punishing someone in contempt and protecting their human rights. Mr Zuk in the County Court had been a litigant in person, and there was no evidence to show that he had had a chance to obtain legal representation. As such, Thorpe LJ warned that a judge must take "the greatest care to ensure that all the safeguards provided by statute are duly observed”.

In this well-known case, Mr Justice Moor sentenced Mr Young to six months’ imprisonment (one half of which was to be served in custody) for failing to provide full and frank disclosure. However, in order to get to the committal stage, Mrs Young had been before nine different High Court Judges, with a number of different applications. She commenced her applications in June 2008 and committal was only ordered in January 2013. Although committal was ultimately ordered, the lengthy and costly process Mrs Young had to go through might be enough to put off an applicant dealing with a non-disclosing respondent, even if that respondent should ultimately be committed.

Although a civil decision, the Court of Appeal dealt with issues of non-disclosure relating to a divorce. A financial agreement, pursuant to a divorce, was reached in Michigan, USA. The husband failed to comply with the terms of the agreement, and the wife obtained a breach of contract judgment against him. The wife sought to enforce this judgment in England, and freezing and disclosure orders were made against the husband. The husband failed to comply, and the wife applied to commit him. The court found him in contempt and committed him to prison for 24 months. The husband appealed and the Court of Appeal dismissed this, quoting Jakson LJ in JSC BTA Bank v Solodchenko EWCA Civ 1241 where he stated that “where there is a continuing failure to disclose relevant information, the court should consider imposing a long sentence, possibly even the maximum of two years, in order to encourage future cooperation by the contemnor”.

In a very short judgment, the husband was found in contempt of court for failing to comply with an order to produce his Form E. In breach of an order of the court, the respondent had not produced his Form E two weeks after it was due. He was sentenced to fourteen days in prison, although this was suspended for 11 days to encourage him to produce the disclosure in the meantime.

In this case the wife applied in January 2014 for committal against her husband for breaching an order made in July 2012, requiring him to transfer to her a motorbike and two cars. Mr Justice Bodey held that he was satisfied beyond reasonable doubt that the husband was in contempt for failing to transfer the vehicles to the wife, as required in the court order. Bodey J committed the husband to prison for two months, but suspended the sentence for two months to allow the husband to make a payment of £16,000, the monetary equivalent of the vehicles. The husband had tried to argue that he should pay this amount into an escrow account, while he appealed to the Court of Justice of the European Union. However, Bodey J did not allow this, holding that due to the husband’s litigation history, it would add to uncertainty and costs for the wife, and there was no guarantee the husband would make the payment into an escrow account.

Most recently, in August 2014, Moylan J ordered that Mr Prest was in breach of an order that he should pay Mrs Prest a lump sum of £17.5 million, and annual child maintenance payments of £300,000. Moylan J sentenced Mr Prest to 4 weeks in prison, albeit suspended for 3 months in order to encourage him to meet the outstanding payments. In the seminal case of Prest v Petrodel it was held that Mr Prest had the funds and the means to pay his wife, thus his non-payment meant he was in contempt of court.

Although still a measure of last resort, it seems from these cases that the Family Court is becoming increasingly willing to commit those in breach of financial remedy orders. While a careful balance must be struck at all times between eroding the fundamental human rights of an individual versus appropriate sanctions for flouting a court order, it seems that the court is striking the right balance. There is always a risk of a pyrrhic victory when dealing with serial non-disclosers, however concrete examples of respondents going to prison may encourage others in a similar position, whether regarding disclosure, payments or otherwise, to comply in the first place. This deterrent would not only save the courts’ valuable resources, but would also minimise the stress and uncertainty for the applicant involved.

For information on the procedure for committal, see Part 1: Procedure.

Child abduction: consent and acquiescence
This site uses cookies. Find out more. Continued use of this site is deemed as consent.   CLOSE ✖