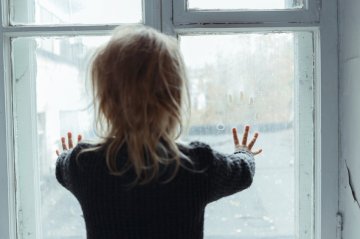 The recent case of Re F (A Child) EWCA Civ 275 involved an appeal, arising out of proceedings under the Child Abduction and Custody Act 1985, in which the father sought the return of a child from England and Wales to Italy.

The mother alleged that during the relationship the father had been jealous, aggressive and moody, and that after the child’s birth had perpetrated acts of violence upon her. The parents separated in August 2011 after an incident of alleged violence. The mother obtained protective relief from a local Italian court within days of the alleged assault. In April 2013, further to the mother’s previous attempts, the Italian courts rejected the mother’s further application to move permanently with the child to Wales. On 27 June 2013 the mother’s appeal against that refusal was dismissed. An appeal to the Italian Supreme Court was pending.

On 9 September 2013 the mother took the child to Wales without the father’s consent and without the permission of the Italian court. It was accepted that this represented a ’wrongful removal’ under the Hague Convention. The father issued Hague Convention proceedings on 30 October 2013. An application was made by the mother for permission to instruct an adult psychiatrist to assess her mental state. As the application was not compliant with the relevant legislation regarding the appointment of expert witnesses, this application failed. Furthermore, the judge also was not satisfied that the evidence at that stage established that such an instruction was “necessary”.

The substantive hearing took place before Ms Alison Russell QC (as she then was) sitting as a deputy of the High Court. The mother repeated her application for leave to instruct an adult psychiatrist, and also sought to argue that the circumstances of the case were sufficient to trigger the court’s jurisdiction to avoid an order for summary return, on the ground that Article 13(b) of the Hague Convention applied, on the basis that it was established that "there is a grave risk that his or her return would expose the child to physical or psychological harm or otherwise place the child in an intolerable situation”.

The judge refused the application for leave to instruct a psychiatrist and this formed the primary ground of the appeal. The parties thereafter reached agreement on a range of protective measures to be put in place in the event that the child were to return to Italy. In light of the refusal of the instruction of the expert witness the mother, after receiving advice, instructed her counsel to advance no further submissions to the judge on the primary issue of her Article 13(b) defence. The judge gave a short judgment in which she concluded that there was insufficient evidence of a grave risk to the child and that consequently the mother’s case under Article 13(b) was not made out. An order for the return of the child to Italy, encapsulating the agreed protective measures, was made.

The mother appealed this decision primarily on the ground that the judge should not have refused the application for an adult psychiatrist to be instructed, and upon a secondary ground that the judge had applied the wrong test in considering whether the Article 13(b) defence has been made out.

The appeal was dismissed. In respect of the primary ground of appeal, Lord Justice McFarlane agreed with the judge and was satisfied that the material before the court, even including the instructions given on the morning of the hearing, was insufficient to justify further investigation or establish that her mental health was, or might be, such as to trigger a grave risk to the child’s physical or psychological health.

McFarlane LJ accepted that the judge may have incorrectly described the test applicable to Article 13(b) in her judgment, and that the use of phrases indicating that the burden of proof under Article 13(b) is a “heavy one”, or requires “clear and compelling evidence”, were unlikely to be compatible with the approach delineated by the judgments in Re E (Children) (Abduction: Custody Appeal) UKSC 27, which stated that the burden of proof is the ordinary balance of probabilities.

However, McFarlane LJ concluded that in this regard the judge’s observations were otiose, as when she determined the application for an expert the judge was not undertaking an evaluation of the test applicable to Article 13(b) but was evaluating whether or not there were grounds making it “necessary” for the instruction of an expert. It was not found that the judge was in error in the process that was adopted.

In respect of the second ground of appeal, it was conceded that if the appeal against the instruction of an expert failed, then the material before the court on 29 November 2013 was insufficient to support any outcome other than an order for the immediate return of the child to Italy and this ground of appeal was not ultimately pursued.

Grandparents to be granted greater rights?
This site uses cookies. Find out more. Continued use of this site is deemed as consent.   CLOSE ✖