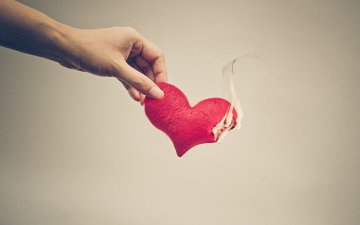 Johnny Depp, who is reportedly worth $200 million, and Amber reached a divorce settlement yesterday.

The breakdown of their marriage has been one of the most public divorces in recent times but it appears Depp and Heard’s lawyers have managed to thrash out a settlement.

Depp and Heard were married for just 15 months when Heard filed for divorce on 23 May 2016. Shortly afterwards, Heard was granted a temporary restraining order against Depp after making an application to the LA courts accusing Depp of domestic violence. Heard accused Depp of being verbally and physically abusive during their marriage – including the now infamous iPhone throwing incident.

Whilst the settlement was reach out of court, it is being reported that Depp has agreed to pay Heard somewhere between $7-$10 million on the basis that Heard dismissed her domestic violence proceedings with prejudice so that she can never re-file them.

In a joint statement released to the Daily Mail the couple said, “Our relationship was intensely passionate and at times volatile, but always bound by love. Neither party has lied nor made false accusations for financial gain. There was never any intent of physical or emotional harm”. Heard further stated that she wished the best for Johnny in the future. Depp did not return the well wishes.

The settlement came shortly after a video was leaked showing Depp slamming kitchen cabinets and smashing a wine glass, reportedly filmed by Heard. Heard however denied leaking the video. Further images were also leaked relating to an argument between Depp and Heard in March 2015. Images were leaked of Depp’s injuries following a ‘wild bender’ showing Depp with a severed his finger – with which he wrote a message about Heard’s alleged affair (with Billy Bob Thornton) on a mirror with his blood. Heard denied the affair.

No doubt the extent to which Depp’s private life has been blown open by the media helped this case to settle before any further allegations were made or private videos and images shared with the world.

Heard is reported to have said that she will be donating a percentage of her financial settlement to charity. The figure and Heard’s chosen charity remains undisclosed.

Mary J Blige files for divorce from her manager Martin ‘Kendu’ Isaacs
This site uses cookies. Find out more. Continued use of this site is deemed as consent.   CLOSE ✖