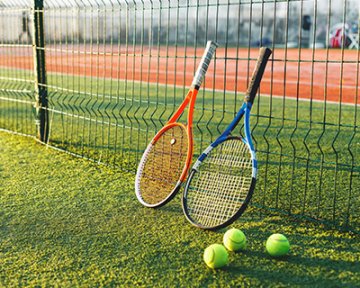 Chris Evert, former world number one tennis player, has opened up about her 2006 divorce from Olympic skier Andy Mill, saying her menopause played a part in their separation.

“You know, Andy and I are still a family without living together,” she said, “I think that’s the best way to put it. We had a rough couple of years, because I married Greg Norman who was Andy’s friend.”

“I don’t know. I was going through the menopausal stuff that doesn’t get talked about enough – what women go through, you know, at 50ish.”

Evert didn’t clarify exactly how her menopause affected her relationship with Mill, but in a 2011 interview she expressed regret for the way their marriage ended. “When we were growing apart, I should have nailed it right then and there and communicated, but I didn’t.”

“I broke a lot of hearts. I broke Andy’s heart and I broke my kids’ hearts and I brought that into my next marriage. Marriage is up and down. If you sense that you are drifting apart, you’ve got to confront the issue then and there.”

In spite of their difficulties, Evert and Mill continue to co-parent their three sons, Alexander, 24, Nicholas, 22 and Colton, 20, and Evert praised Mill for the things he’d done for them.

“We got back together as a family and we still do things and he’s a great guy,” Chris continued. “He’s been a great father to my boys because… He’s taking them fishing and hunting and motorcycles and golf and tennis – introduced them to so much.”

While Evert has since separated from her second husband, Australian golfer Greg Norman, Mill is now married to Debra Harvick, to whom he proposed marriage after only three dates.

Flying further North: Vardags to launch Newcastle Office
This site uses cookies. Find out more. Continued use of this site is deemed as consent.   CLOSE ✖