Georgina Hamblin is a "top divorce lawyer" (ITV News) who is “widely regarded as one of the best divorce lawyers in the country” (Marie Claire). 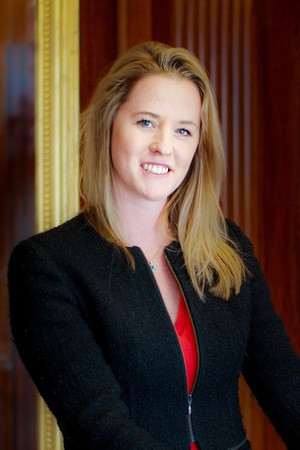 A "top divorce solicitor" (ITV News), Georgina has particular expertise in high-value multi-jurisdictional divorce cases and jurisdictional disputes as well as cases involving family trusts and pre-acquired wealth. Since qualification, she has regularly represented high-profile business men and women, entrepreneurs, art and antique dealers and other high net worth individuals.

Georgina was instrumental in helping to lead former beauty queen, Pauline Chai, to victory against her Laura Ashley and Corus Hotels tycoon husband in her jurisdictional battle spanning two hemispheres, in the extraordinary case of Chai v Khoo.

Georgina read Geography, Geopolitics and Cultural Geography at Royal Holloway, University of London from where she graduated with a First.

Georgina is a regular feature in the press, having authored articles for the Times and the Independent as well as offered expert commentary in The Telegraph, The Guardian, the Evening Standard, Daily Mail, Marie Claire, Grazia and on BBC News.

Georgina is wholeheartedly committed to getting the best results for her clients whilst preserving vital family relationships. She qualified as a Family and Private Client lawyer at a top West End practice in 2010 and moved to Vardags to specialise in family law in January 2013. Within two years she moved from Assistant to Associate, to Senior Associate, to Director. Now as a Senior Director she leads a team of 13, including four graduate trainees, in the hard-core elite of family law. This record progress recognised her dedication to her clients and her repeated and wide-ranging successes on their behalf. Georgina’s expertise in high-value multi-jurisdictional divorce cases was entrenched by her work in helping to lead former beauty queen, Pauline Chai, to victory in the High Court in October 2014. At this hearing, Georgina assisted Ms Chai in securing a finding that her divorce proceedings should be heard in England, over Malaysia. This is believed to be the first occasion in English history where one party has put the question of their jurisdiction beyond peradventure, by obtaining permission to withdraw their existing divorce petition in favour of filing a later one. This unique and innovative approach was then endorsed by Mr Justice Holman, Lord Justice Ryder and Mr Justice Bodey in subsequent hearings in this case. Georgina has had further success in advising on cases involving Uganda, Jordan, Japan, Iraq and many European countries, having perfected the nuances and timing issues concerned with these kinds of transnational disputes. Georgina has established a wide-ranging family practice including pre-nuptial, separation and cohabitation agreements and disputes, and private children law proceedings. Having worked as a private client lawyer for two years post-qualification, she also has particular experience in cases involving family trusts and pre-acquired wealth.

Georgina was part of the British Dressage Team for many years and took great pride in watching her former teammates win gold at the London 2012 Olympics having chosen the righteous path of the law.

“Georgie juggles and wins numerous billion pound cases contemporaneously, runs a team of up to 50, keeps them all regularly at the top of every achievement chart, and devours every management responsibility I give to her.

Georgie speeded through the firm to directorship on sheer talent. She rapidly, and rightly so, convinces clients who express the fear that she is too young and beautiful to be a lawyer that she is utterly badass and the one lawyer they really need. Her track record is phenomenal.

Georgie is always kind and collaborative, never passes the buck, manages her cases, finances and clients impeccably, is endlessly humble and unassuming, always listens, learns and is respectful to others, is relentlessly creative in her cases and pushes the law and Counsel with dogged determination and intellectual agility to achieve what looks like the impossible for her clients, again and again.

Georgie is in equal degrees a giver and a winner. Being with Georgie is for everyone who experiences it a source of energy and positivity and an inspiration.”

“[Georgina's] empathy; her commitment; and her support have been very important for me. My divorce has been quite difficult with a lot of financial problems.”

“[Georgina Hamblin is] so passionate and committed to ‘what’s right’. It’s almost as if she is the one going through the divorce. She will be with you every step of the way in head and in heart.”

“[Georgina is a] wonderful lawyer who always goes the extra mile for her clients.”

“I cannot thank you enough for what [Georgina has] achieved in just a couple of months, where lawyers in Morocco spent 6 years with no progress...Simply, you are a spectacular team.”

“May I thank you [Georgina] and Vardags for your excellent and most professional services to date. Your efforts have enabled me to focus on my duties to the members of [the company] who have gained much as a result of your instruction…. I live with the reassurance that I have Vardags and that you have been so supportive.”

“Georgina Hamblin and Sarah Hogarth handled the financial side of my divorce. Due to my ex-wife and I reconciling for a period, I have worked with them for the past five years. When my position looked bleak, they protected me with a creative defense based upon legal precedent which I never imagined existed under English law. Thanks to their tireless efforts, I walk away from this episode free to move on with both my career and my life in peace. You may find good or even great lawyers, but based on my personal experience, they are the best.”