*Foreign Qualified, Admitted in New Zealand only (practising under direct supervision of an authorised member of the Solicitors profession in England and Wales)

Tessa is a Senior Associate at the firm, focusing her practice on reputation and privacy matters. She advises prominent high net worth individuals, families, and corporate clients, both in the UK and internationally. Her practice covers: 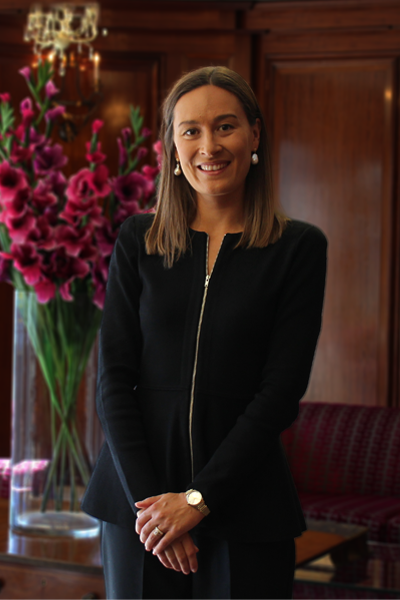 “The team is noted for its sheer intellect”
Legal 500

Tessa also has experience in civil litigation matters and alternative dispute resolution, including mediations, negotiations, and judicial settlement conferences. She is regularly applauded by clients for her outstanding service and for taking initiative.

Alongside her work, Tessa contributes to the trade press. Some of her publications include:

Tessa obtained a BA in History at the Victoria University of Wellington, where she also obtained her law degree with First Class Honours, and was placed on the Dean’s List for Academic Excellence. During her studies, she was assistant student editor of the Victoria University of Wellington Law Review. Tessa completed a Masters of Law at the University of Cambridge, again obtaining First Class Honours. At Cambridge, Tessa received a Master’s Prize and was placed on the Principal’s List of Achievement at Homerton College.

In her spare time, Tessa enjoys reading, the theatre and exploring London’s food and drink scene. She also enjoys surfing, tennis and netball and has a passion for travel, having spent time travelling around Europe, Asia and the Pacific.

“The team is noted for its sheer intellect”
Legal 500

“The team is noted for its sheer intellect”

Proposed legislative changes in R&P: the Bill of Rights
| WHEN YOU NEED TO WIN