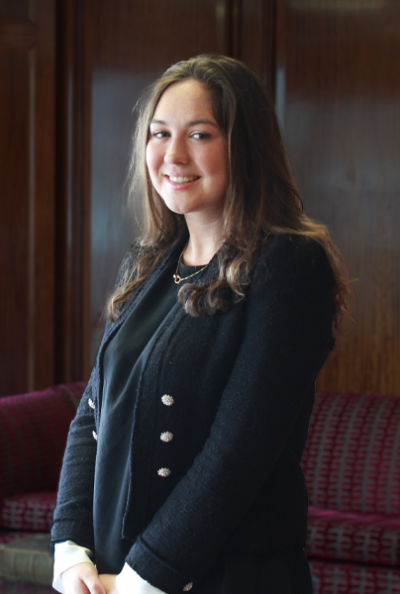 Sophie read English Language and Literature at the University of Oxford, and later wnet on to complete the GDL at BPP Law School, where she was awarded a Commendation.

Sophie was awarded a scholarship in her final year at Oxford University.

Upon graduation, Sophie worked at a law firm in Buenos Aries. Following this, she worked for a leading social impact and sustainability consultancy. While there, Sophie worked primarily on sustainability research and the development of clients’ ESG strategies. Sophie also project managed for The New York Times regarding their presence at The World Economic Forum in Davos, as well as curating a series of New York Times’ debates at The New York Times Climate Conversations.

Sophie is an avid reader and passionate about art; she is particularly interested in Renaissance art and architecture, and spent time travelling through Italy to visit ancient Greek and Romance sites. She is also a keen volunteer and helped out at Chayn, a domestic violence charity, whilst completing her GDL.