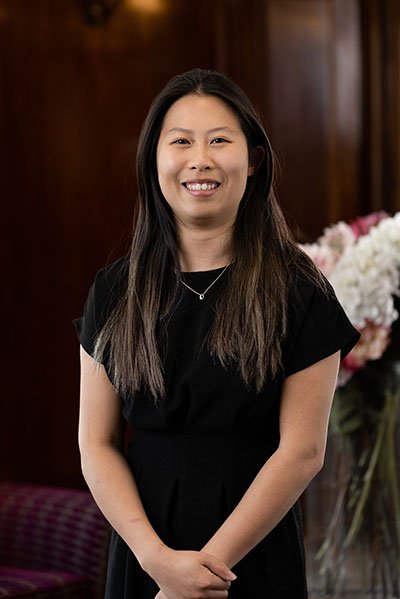 Rica was a finalist in the Herbert Smith Freehills ‘Bring Law to Life’ competition in 2019. As part of this, she came up with a pro-bono project idea, which was aimed at empowering foreign domestic helpers in Hong Kong, and presented this to a panel of judges.

Rica graduated from Jesus College, University of Cambridge in Law. She subsequently did a Masters of Law (LLM) at Queen Mary University of London.

Whilst undertaking a Masters at Queen Mary University of London, Rica paralegalled for a year part-time at a law firm specialising in insurance. She also completed a winter vacation scheme at Travers Smith in 2018. Additionally, Rica interned for six weeks in the Access to Justice team at Pathfinders Ltd, a Hong Kong charity that aims to provide help to foreign domestic workers and their children in Hong Kong.

Rica loves playing netball, and was on a University team whilst doing her Masters. She also recently completed a half-marathon in Cambridge and hopes to complete a marathon in the near future. She also enjoys adventure-based outdoor activities such as caving, coasteering, climbing and bungee-jumping.