Phoebe joined the Graduate Training Programme as a paralegal, alongside studying for her Graduate Diploma in Law. 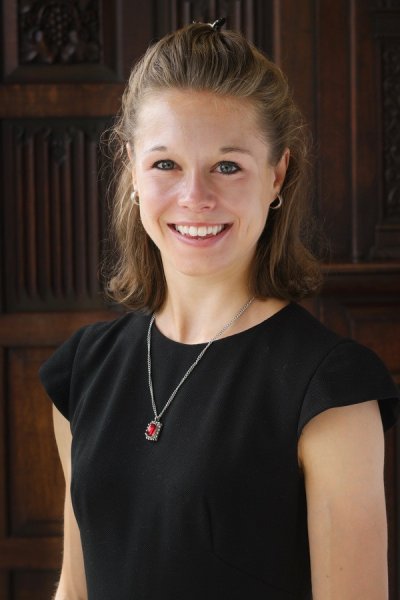 As Choral Scholar at Merton College, Oxford, Phoebe took part in a number of exciting projects, including singing the first Anglican Evensong in St Peter’s Basilica, Rome and participating in numerous BBC broadcasts.

She sat on the committee for the University Philharmonia whilst playing in various ensembles, including the Oxford University Orchestra. She has also performed solo concertos alongside both the London Mozart Players and the Solent Symphony Orchestra.

Phoebe was an Academic Exhibitioner at Merton College, Oxford, graduating with a first class degree in music. During this time, she specialised in performance (flute) and gender studies in the realm of nineteenth-century instrumental works. Phoebe is currently studying for the Graduate Diploma in Law.

Prior to arriving at Vardags, Phoebe worked as the Music Graduate Training Assistant at Rugby School. Her role at Rugby centred around concert organisation and extra-curricular musical activities, while also encompassing pastoral duties and fitness training for the school’s Polo team.

Beyond music, Phoebe is also passionate about sport, both as an individual and a team player. She rowed for the Oxford University Lightweight Women’s Rowing Squad and has completed two half-marathons, hoping to make a hat-trick soon! Phoebe regularly returns home to Chichester Harbour, where she enjoys sailing and going on country walks.

“The advice and level of service it offers is unparalleled”

“Vardags recently acted for me on my recent divorce case. I worked with a great team led by Georgina Hamblin, with day to day running of the case managed by Charlotte Purves, assisted by Ben Gale and Phoebe Paxton. Everyone was brilliant at each stage of what was a particularly difficult period for me. I appreciated the support which Georgina and Charlotte provided throughout, their pragmatic and sensible advice delivered in a sensitive manner. I recommend Vardags without hesitation.”

Lydia Campbell-Begg
Page 1/3
| WHEN YOU NEED TO WIN