Jasper has acted across all departments in the business including time as a Client Relations Associate and a Strategy Analyst. He was awarded a commendation for his GDL, and is now doing the LPC as a Graduate Trainee. 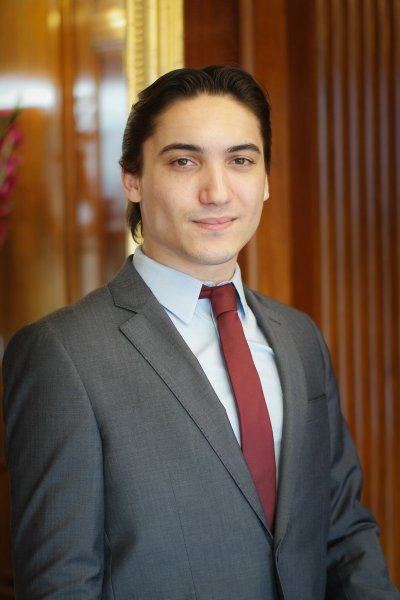 Jasper’s achievements include being the top fundraiser for local charities including rape crisis and homeless centres in the Cambridge Rag Jailbreak Challenge, winning the Winchester College Dancy Pot theatre competition with a play he wrote and directed, and acting in numerous acclaimed plays at Cambridge.

Jasper read Theology, Religion and the Philosophy of Religion at St John’s College, Cambridge. His more extensive research focussed on a study of Dostoevsky’s poetics, and of the relationship between the natural sciences and philosophical theology. Within this area of study he explored applied ethics debates in relation to prospective technologies, as well as a philosophical study of advanced Islamic metaphysics and logics.

Prior to this he attended St Paul’s Cathedral Choir School and prestigious Winchester College, where he received some of the highest examination results in both his year and in the country at Cambridge Pre-U Diploma, scoring particularly highly in Russian Language & Literature, and Philosophy & Theology. Having finished Cambridge, he is now completing his Graduate Diploma in Law exams in London on top of his work at the firm.

Jasper has spent time in internships at 1 Hare Court and has paralegalled at Vardags. He later spent three months working in sales and marketing at technology company Beauhurst. As a student he became a Vardags Ambassador, specialising in identifying and recruiting talented students to the Vardags Graduate Training Programme. Jasper joined Vardags as a Client Relations Associate.

Jasper used to speak French, German and Russian to an advanced standard. He has also studied Italian to a conversational level in Perugia, and basic Arabic in Amman.

Jasper grew up in Moscow with his English parents until the age of four before moving with his mother and younger brother back to London. A child of divorce himself, Jasper feels immense pride in the meaningful work Vardags does for struggling families in need of clear and steady guidance, and spent the first part of his Vardags career as a Client Relations Associate assisting the firm’s clients from the very earliest stage over the phone. Upon acquitting himself academically at Winchester, Jasper spent many months between the ages of 18 and 20 living abroad in both medieval Perugia and sunlit Amman, and has managed to travel widely around Italy, America, Russia and Pakistan

An actor and theatre lover, Jasper greatly enjoyed partaking in the vibrant student theatre scene and sketch comedy scene at the University of Cambridge and for a while considered pursuing acting and comedy professionally.