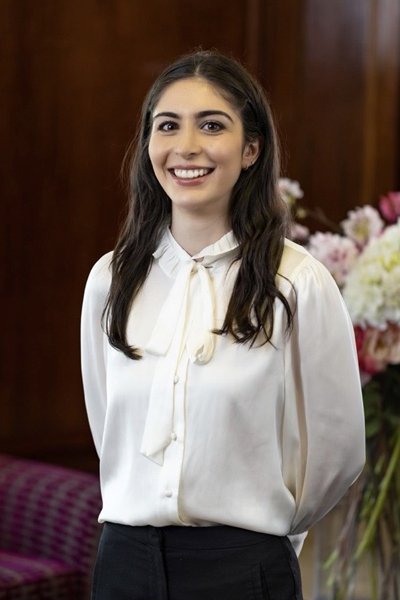 Isabella writes frequently on topics in areas of her growing expertise, including:

Isabella also writes more generally for Vardags’ social channels, where some of her pieces are now featured, including:

Isabella read history at St Edmund Hall, University of Oxford - completing her degree in 2018. Since then, Isabella completed the GDL at the University of Law and the LPC at BPP University, attaining a Distinction.

Throughout university, Isabella interned at multiple law firms where she was able to receive a direct and hands-on insight into corporate, financial and matrimonial disputes. Later, while studying for her GDL and LPC qualifications, Isabella rose to managerial level at one of the most successful independent cosmetic clinics in the UK. Isabella’s role in the field of aesthetic medicine involved handling complaints and coordinating the medical diaries of UHNW patients.

Dancing has always been a passion of Isabella’s, who formed part of Oxford’s audition-only street-dance troupes. She continues to dance recreationally. Alongside this, Isabella is a keen weight-trainer and enjoys reaching new personal bests. Outside sport and dance, Isabella likes to spend her lesiure time with her beloved dogs - a Dobermann and a Cockapoo.