Antonia is a Partner at Vardags who advises on all aspects of divorce for high-net-worth individuals. She has particular expertise in dealing with disputes that have complex financial, legal or international aspects. Antonia is frequently applauded by clients for her professionalism and straight-talking approach. She is also a frequent contributor of academic literature, and has authored several articles for legal journals and other publications. 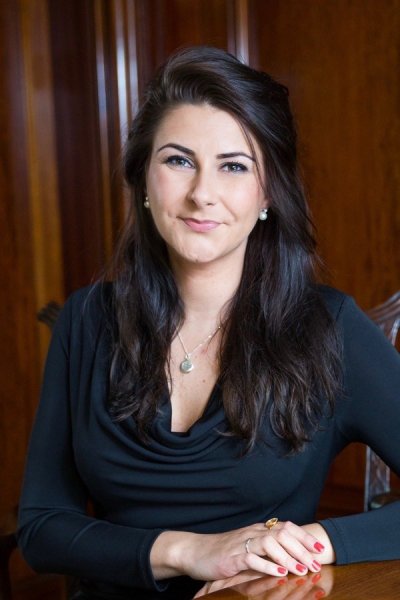 “Antonia Barker is a fierce opponent. She is highly intelligent with excellent knowledge of in particular complex trust structures. She is my go to for anything involving nuptial agreements. One to watch.”
Legal 500

Antonia joined Vardags as a paralegal and then a trainee solicitor. Her talents were quickly recognised at Vardags and following qualification she has quickly risen through the ranks within the firm.

Within her role, Antonia acts regularly on cases involving complex trust structures. Most notably, Antonia acted for the wife in the widely reported  Quan v Bray as it progressed through the High Court and Court of Appeal, a significant case involving protracted financial proceedings surrounding a discretionary trust in Mauritius.

Antonia read Classics at Magdalene College, Cambridge. She subsequently completed the Graduate Diploma in Law at City Law School, and obtained an Outstanding on the Bar Professional Training Course at BPP. She was called to the bar at Middle Temple in 2013. Antonia studied the Legal Practice Course whilst working as a trainee solicitor, obtaining a Distinction. Upon qualification, she also obtained Higher Rights of Audience in civil proceedings.

“Antonia Barker is a fierce opponent. She is highly intelligent with excellent knowledge of in particular complex trust structures. She is my go to for anything involving nuptial agreements. One to watch.”
Legal 500

“Antonia was excellent, very straight with me.”

“I’ve been so impressed with the complete professionalism with which my case has been handled and all your support especially on the court dates.”

“Antonia was very good at finding answers to questions that were beyond her expected knowledge.”

Nuptial Settlements
| WHEN YOU NEED TO WIN