Alexandra joined the Graduate Training Programme at Vardags as a Trainee Solicitor. 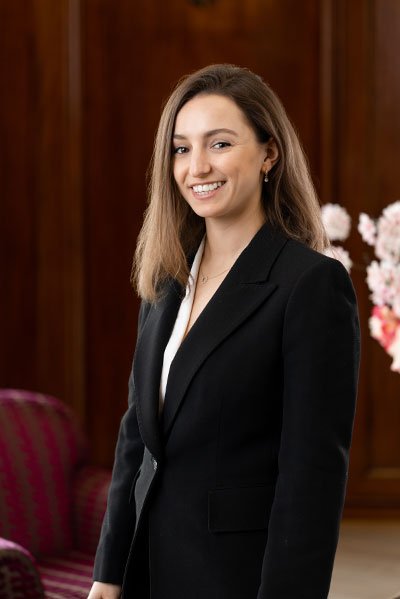 Alexandra writes frequently on topics in areas of her growing expertise, including:

Alexandra read Politics at New York University (NYU) before moving to London to complete her law degree at BPP University. She has received a commendation for the Graduate Diploma in Law and a distinction for the Legal Practice Cource. During her time at BPP, Alexandra has also received a distinction for her dissertation which focused on the inflexibility of English courts in assigning legal parentage in circumstances of assisted reproduction.

Prior to joining Vardags, Alexandra worked as a paralegal in the Private Client department of a leading London law firm. During her time there, she primarily assisted on a complex family dispute involving ultra-high net worth individuals and a number of multi-jurisdictional matters. This initially concerned a several billion dollar divorce but the case expanded to other areas of law such as Civil Litigation, White-Collar Crime and Tax. She has previously worked in other leading law firms in the UK.

Alexandra grew up in Moscow until the age of twelve before moving to Switzerland and then New York. Having travelled widely, Alexandra enjoys making detailed travel guides. In her spare time, she likes to stay active by jogging, playing volleyball and practising yoga. She also enjoys cooking and exploring new restaurants in London and abroad.