Director of Divorce & Family law, Silvia Devecchi, heads Vardags’ Tier 1 ranking Cambridge Office. She is also recognised by Legal 500 as a Leading Individual - one of the highest accolades - having been widely applauded by clients for her ‘incredible knowledge, tactical mind and practical approach’.

Silvia advises on all aspects of family law, including financial relief, divorce proceedings, and children matters. She has worked on many high-value cases that include complex issues such as non-matrimonial property, the valuation of business assets and tax issues. Her experience includes managing cases with international elements, matters involving multiple trusts and various company structures, issues of serious non-disclosure, and cases involving nuptial agreements.

With a background in Immigration law, she is particularly well-placed to assist clients in cases with an overlap of immigration and family law issues. 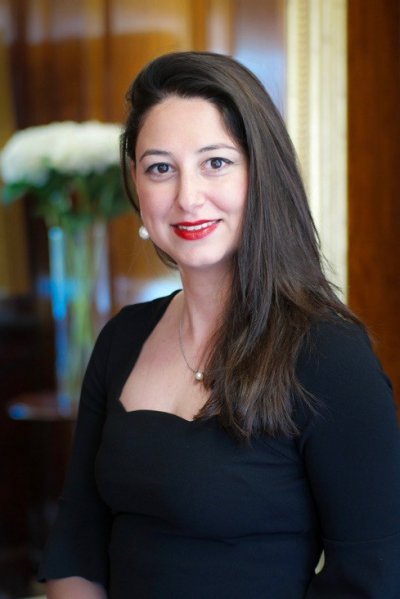 Silvia was awarded the "Young Lawyer of the Year" prize from the Cambridge and District Law Society, within less than a year of qualifying as a solicitor. In 2022, she was ranked as a Leading Individual in the Legal 500 2023 rankings.

Silvia is a United World College alumna. She read International Relations and Modern History at the University of St Andrews. Silvia then completed the GDL and LPC in London.

Silvia trained at a Legal 500 firm in London. She then moved to Cambridge, where she initially worked in one of the oldest firms of the region. Alongside her family practice, she led the firm’s thriving Immigration department. Silvia then moved to the leading matrimonial team of a very established central Cambridge firm, where she advised on all aspects of family law.

Before becoming a lawyer, Silvia worked around Europe, as a journalist for several Italian papers. She also worked with the L’Oreal advertising team and ran the press office of an international NGO based in Berlin.

Vardags Cambridge continues to be listed in the Legal 500, with Silvia being ranked individually in the Rising Star category.

Silvia is a native Italian speaker. She also speaks fluent French, and Spanish and Arabic to a lower intermediate level.

In her free time, Silvia enjoys cooking and swimming, as well as practising Ashtanga yoga.

Vardags in Cambridge is part of a nationally renowned family law firm that specialises in high-net-worth and complex cases, often with an international element. The Cambridge office opened in 2016 and has since handled high-value work in pre- and post-nuptial agreements, arbitration, child arrangements, domestic violence and divorce. Read more.

“Silvia’s dedication, thoroughness and honesty is exactly what is needed. You could have no one better fighting your corner.”

“Silvia, may I thank you for your professional, friendly and swift responses to questions I had in recent months.”

“Silvia is clearly a talented lawyer of the highest calibre, but more than that, she always made me feel she genuinely cared about my case, as well as being understanding and sensitive to my wishes.”

“Vardags Cambridge solicitors Silvia Devecchi and her team have given me outstanding service. Highly recommend them.”