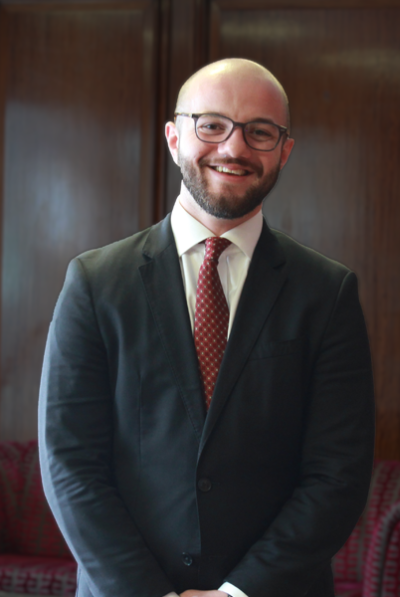 Andrew read Law at St John’s College, University of Cambridge. Whilst there, he was President of the St John’s Law Society.

Andrew received the Gold Pro Bono Award award from the University of Cambridge Law Faculty and the University’s Law Society for voluntary work.

Andrew was a volunteer at Advocacy After Fatal Domestic Abuse (AAFDA), where he lead research and co-authored a report highlighting the further pain that poor media practices can have on families of victims of fatal domestic abuse. He has also been an Ask Me Ambassador for Cambridge Women’s Aid, where he received ongoing training surrounding domestic abuse, and fundraising over £1000 for CWA.

Andrew is a football fanatic who also loves musicals, music and theatre. He is also Corporate Partnerships Officer for the Cambridge Law Society. A passionate volunteer, Andrew has also helped out at Respect UK, working with domestic violence perpetrators and victims, and Eddie’s, a theatre workshop for children and teenagers with learning disabilities.