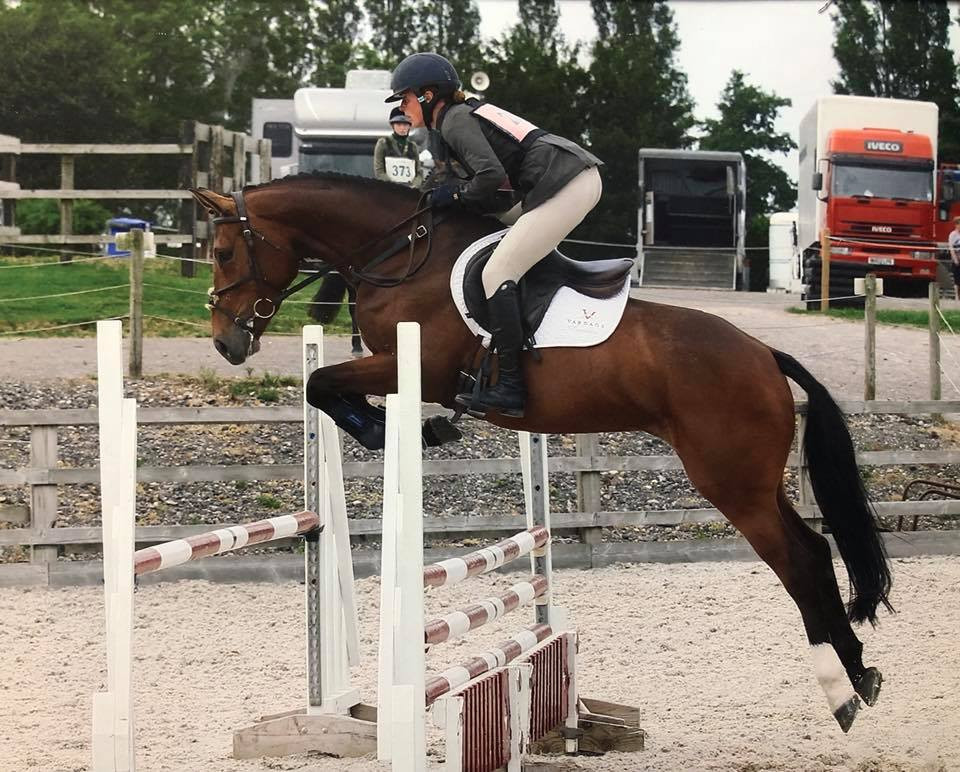 Last weekend the promising Vivendi de Vardag competed in her first BE 100 at West Wilts, moving up a level after only 2 runs at BE 90. Viva tackled the step up with ease, gaining a 32 in the dressage, only one down in the show jumping and yet another confident clear cross county. Though it has to be said the star of the day was Helena Vardag-Walters who rode both Vardags Bucephalus and Noble Nutteler in the BE 100. Nutty performed well with a good dressage, 2 down in the show jumping due to a little steering issue and a fantastic clear cross country. On her second ride with Cephy, Helena produced another fantastic display with a beautiful 31.8 dressage and double clear inside the time placing 6th overall. It is hard to believe this was Helena’s first BE 100 competition, her unwavering commitment and hard work are really paying off – well done Helena!

Meanwhile Ahmad Mansour started off his first show in Amman, Jordan with great success. Ahmad on board the beautiful grey Fincanka de Vardag cantered their way to second place in the 120-125cm class. In a previous round Fincanka stumbled after the first part of a double but with brilliant riding from Ahmad and great heart from Fincanka the pair managed to jump the second part gaining a clear round overall. In the 130-135cm class Ahmad was on board Estoril de Vardag and the pair did a lovely round with an unfortunate 4 faults knocking them out of placings. In all it was another successful week for team Vardags and we are very much looking forward to more in the months to come!

A win-win situation in Jordan

Vardags Saratoga and Flora Harris: dream team in the making
This site uses cookies. Find out more. Continued use of this site is deemed as consent.   CLOSE ✖