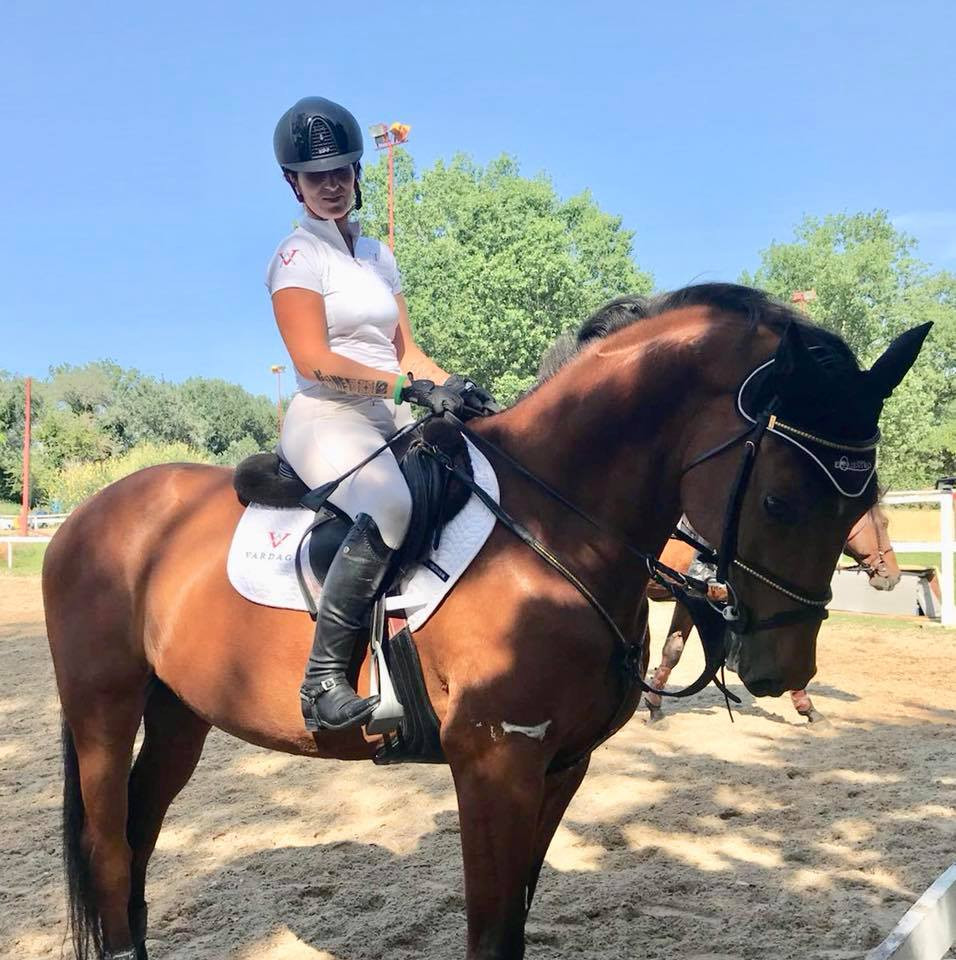 Last week saw even more success for Vardags Equestrian: this time in Italy with team Vardags competing at the regional championships in Teaterno. On Friday Sara Battista jumped her way to victory in the open 115 speed class on the extremely talented Corino de Vardag. Doing a beautiful clear round, Corino sped round the course in an excellent time still managing to remain calm and relaxed. But not done there, Corino returned two days later and with rider Sara Battista on board, the pair came second in another competitive 115 speed class.

Not to be outshone, our English team also had a very successful week competing at two different events within two days. On Friday Flora Harris and Vardags Saratoga competed at Little Downham in the Open Novice. Sara was a little tense in the dressage though still managed to gain a respectable 35. Sara then flew both the show jumping and cross country phases getting double clears inside the time in both. This strong performance in the second two phases pushed the pair up the leader board to finish 5th. The next day Flora competed the young Vivendi de Vardag in her second event and the team followed up their debut last week with another good dressage and clean double clear. It is apparent that Vivendi is loving her job!

Ersina S de Vardag returns in style
This site uses cookies. Find out more. Continued use of this site is deemed as consent.   CLOSE ✖