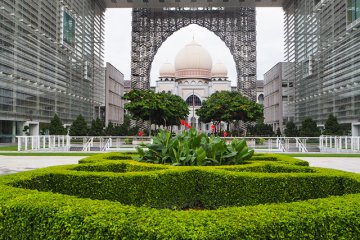 Vardags are welcoming news that an application made by Malaysian businessman Tan Sri Khoo Kay Peng – husband to our client Pauline Chai – has been rejected by Malaysia’s Federal Court. Khoo Kay Peng had applied for permission to appeal against the Malaysian Court of Appeal’s decision that the couple’s divorce should not immediately proceed in Malaysia but return to Malaysia’s High Court for a more detailed jurisdiction hearing; however, the Federal Court – the highest court in the country – came to the conclusion that he had failed to meet the necessary criteria to warrant permission to appeal.

Originally, Malaysia’s High Court had determined that Ms Chai’s domicile should necessarily follow that of her husband under the principle of “domicile of dependency”, meaning that she was therefore domiciled in Malaysia. This Court of Appeal had real concerns about this decision as a result of its clear public policy implications, in Malaysia and around the world. In fact it went so far as to describe the long standing law relied upon by the High Court as, “the last barbaric relic of wife’s servitude”.The Court of Appeal also believed that the High Court had issued a “premature ruling” on the issue of Ms Chai’s domicile as a result of her not being given an opportunity to give evidence in person or be cross examined upon this evidence. The result of the Federal Court hearing on 4 August is that the proceedings will now be returned to the High Court in order to rectify this by both parties being invited to give evidence.

In the meantime, however, the parties will attend a ten day hearing in England, starting on 29th September 2014, to determine the question of whether England is the proper place for these proceedings. Senior Associate Georgina Hamblin had this to say:

"As the case began in the English courts as long ago as February 2013 and the upcoming 10 day hearing has been in the court’s diary for well over a year, the question of the jurisdiction of these proceedings should now be properly determined here. The alternative, as Ms Chai’s Malaysian legal team argued in the Federal Court on Monday, is for the husband to seek to have the same complex and drawn out legal arguments heard in two jurisdictions at the same time. Where we are within 8 weeks of the start of the substantive hearing in England, which will finally decide this issue, such a step would be an abuse of process by the husband and certainly an unthinkable waste of time and costs for both parties."

Vardags President Ayesha Vardag has expressed her approval of the Malaysian Federal Court for its decision against Khoo Kay Peng and for striking out against the domicile of dependency: “This is a case where the wife has not lived in Malaysia for over 30 years. A law that therefore denies her the independence of a domicile of choice and ties her to a country that she has long since left behind, is quite extraordinary.”

Ayesha Vardag went on to admit that English law has not always been quick to update itself in accordance with modern values of gender equality, and that social and legal change can be gradual or at odds with other jurisdictions. As such, Malaysia is to be praised for its challenge to the outdated domicile rule. She said: “It is over a century since wives in England were given the right to own property in their own right, but less than 25 since the courts aberration which permitted rape within marriage was rectified. Now I am delighted that our sister country Malaysia has, through its Court of Appeal and Federal Court, moved towards recognising autonomy for women and shown its disposition to embrace progress and equality.”

The magnitude of this case has lead both the British and Malaysian media to take a keen interest; it has been the subject of articles in The Times, The Telegraph, The Malaysian Star, The Malay Mail and, after this latest development in proceedings, a piece in The Guardian.