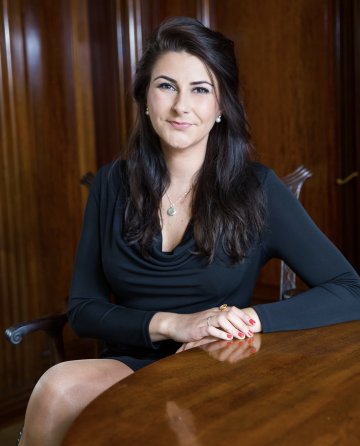 Last October, we reported on our success in the case of Al-Baker v Al-Baker , in which Vardags secured what is thought to be the largest lump sum ever against a spouse after a foreign divorce.. Solicitor Antonia Barker, who worked on the case alongside Managing Director Catherine Thomas and Director Georgina Hamblin, has authored an article on the judgment, published in last December’s Family Law journal.

In ’The sound of silence: adverse inferences: Al-Baker’, Antonia discusses how the courts deal with cases of non-disclosure in financial remedy proceedings. Here she explains that when a party has chosen not to fully and frankly disclose their financial position, the court may draw adverse inferences as to the extent of their wealth. This bears relevance to Al-Baker v Al-Baker where, as Antonia rightly asserts, "the great difficulty...lay in the computation of matrimonial assets", due to the husband’s non-disclosure.

In such circumstances, the burden of proof lies initially with applicant to produce admissable evidence that the alleged non-discloser has the resources to meet the claim. Once this is established, the burden then shifts to respondent to refute the claim. If, as was the case in Al-Baker, the respondent fails to do so, he or she "cannot expect the court to resolve any gaps in his favour". As Antonia states, "if a non-discloser considers a decision to be unfair, it is open to him to seek to fulfill his duty and provide evidence to be considered, and indeed tested by the court".

Replace marriage with fixed term relationship contracts and kiss goodbye to divorce?
This site uses cookies. Find out more. Continued use of this site is deemed as consent.   CLOSE ✖