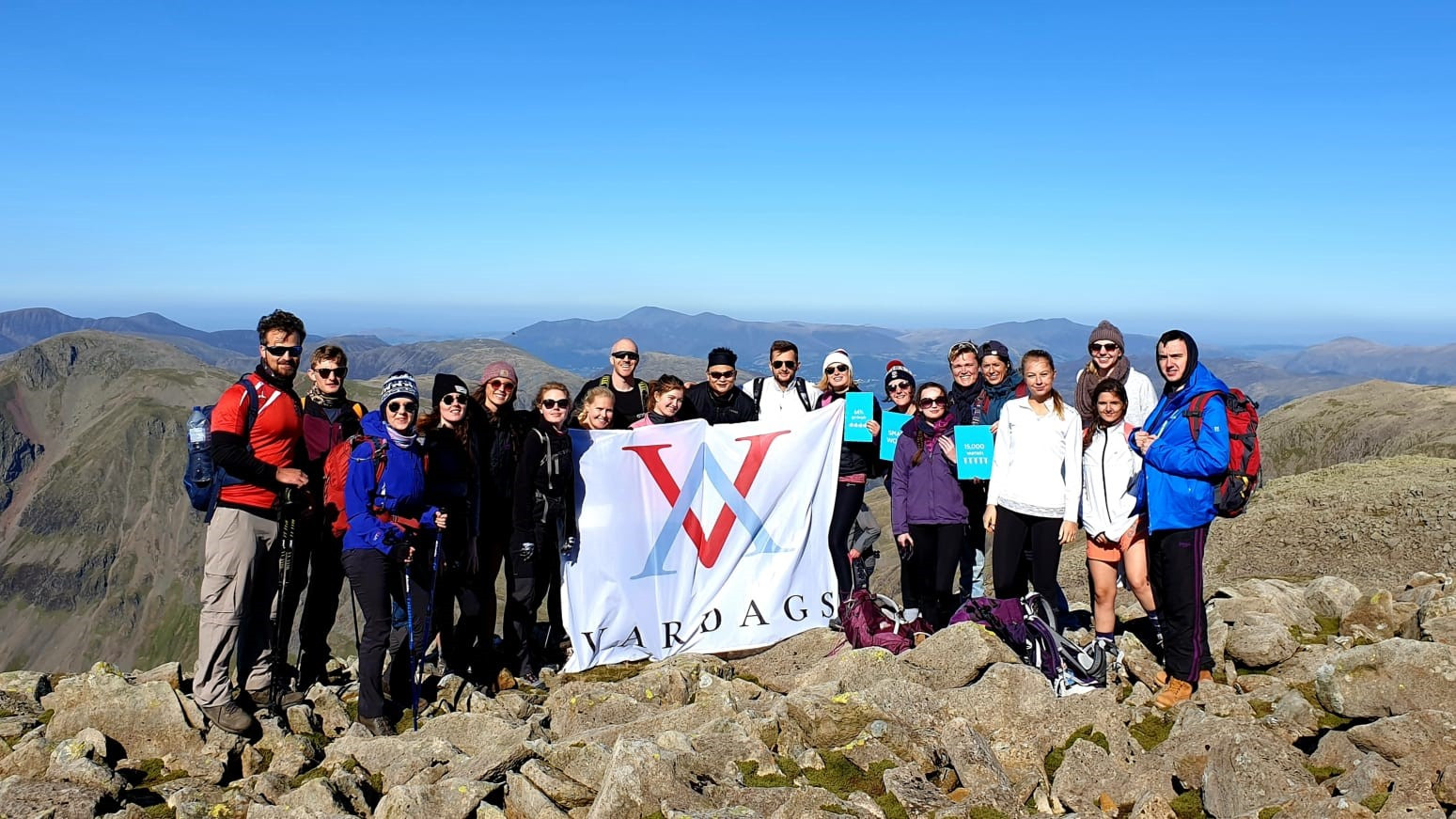 This September, Vardags teamed up with Smartworks for their most gruelling physical challenge yet.

Taking on the Lake District’s 24 peak challenge, the plan was simple: 31 miles spanned across 24 peaks and 2 days to raise as much money as possible for UK based women’s charity Smartworks.

The trek included some of England’s most striking scenery and highest peaks including Great Gable, Helvellyn and Skafell Pike.

All of this was in aid of a brilliant cause; SmartWorks helps unemployed and vulnerable women get back into work and transform their lives. They offer free clothing and coaching for job interviews at their 8 centres across the UK, advising and preparing women and boosting their confidence.

Vardags President Ayesha Vardag has donated clothing to SmartWorks and the team felt like the goal of nurturing women in their careers had real synergy with the culture of Vardags.

Camaraderie was strong in the assembled team of trainees, directors, accountants and analysts as they set off by coach on September 22nd. They were joined by two members of the SmartWorks team, who were with the team every step of the way.

That spirit stayed strong throughout the weekend, despite administrative mixups, inclement weather, and some minor injuries. The troupe trekked on valiantly, not quite hitting the full 24 given some hazardous conditions, but doing us all proud.

Mark McCullum who organised the challenge had this to say:

“You know it’s going to be a REAL challenge when you start your 6 hour coach drive to the Lake District with a phone call to the Youth Hostel Association realising you have booked the wrong weekend for the accommodation! That actually turned out to be the easiest thing to resolve and a couple of tepee’s later everyone had somewhere to lie their heads. Our first day promised and delivered glorious weather and incredible efforts were put in from all involved to scale 9 peaks, albeit with a couple of dodgy knees and torches needed for our final decent. Day 2 we managed to blitz another 7 peaks in horrendous torrential rain and freezing fog which caused some serious disorientation. We may not have managed the 24 peaks, although with more favourable conditions it would certainly have been possible, but the comradery throughout the group to make sure everyone completed as much as their bodies would let them was something really special.”

Receieving a huge amount of support, the team raised a fantastic grand total of £3938. Congratulations to Mark, Demetri, Olly, Bryony, Meg, Polly, Sanna, Katharine, Ally, Kun, Rebecca, John, Amelia, Izzie, Emma and Ricky for their effort in this challenging endeavour. And a big thank you to everyone who made a donation and supported the team in in their quest to beat the 24 peaks and help women transform their lives.

You can read more about SmartWorks here.