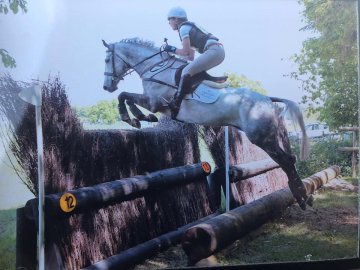 After only ten days of partnership, Vardags Saratoga (Sara) and Flora Harris had great success at Rockingham International Horse trials, competing in the CIC*.

The event began with a beautiful display in the dressage where they gaineda very respectable score of 33.3, leaving them just outside of the top 25.

The following day the new team returned to tackle the show jumping and cross-country course. The pair had another fantastic day getting a clear round inside the time in both phases, this performance saw them rise in to the top ten with Sara giving Flora a great ride.

It is wonderful to see such a rapport flourish between the two in such a short time and we are excited to see how the pair progress in the season to come.

Vardags Equestrian thrust onto the world stage!
This site uses cookies. Find out more. Continued use of this site is deemed as consent.   CLOSE ✖