Media mayhem for Vardags in record number of broadcast appearances 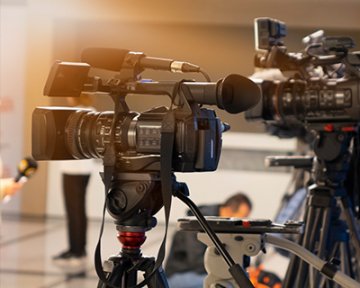 Vardags hit a firm record on Wednesday 14 October 2015, with lawyers in no fewer than 21 separate interviews, in the wake of the Supreme Court ruling in the cases of Sharland and Gohil.

Director Georgina Hamblin gave an extensive interview on BBC Radio 4, discussing the significance of the case for divorcing spouses from all economic walks of life, the reasons why it had reached the Supreme Court and the lengths that some spouses will go to hide their assets.

The media frenzy went on into the evening, with Catherine appearing on BBC News at both 6 o’clock and 10 o’clock, rounding things off with a couple of interviews in the street outside the studio.