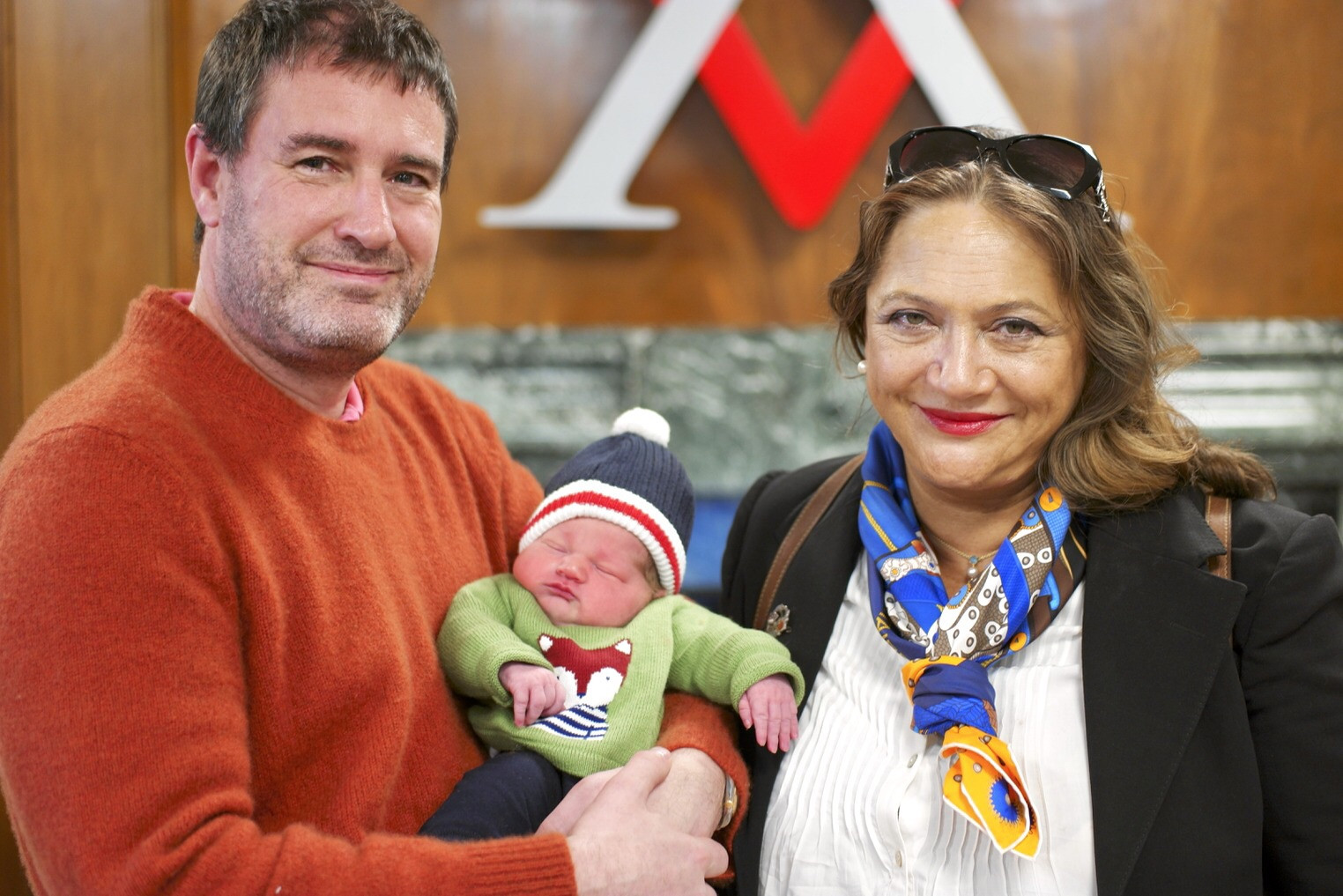 Yesterday was a very, very special day at Vardags.

Weighing in at a tiny 7lb 14oz, the newest and tiniest member of the Vardags family came into the world at 2.10 in the afternoon.

Proud parents Ayesha Vardag and Stephen Bence brought one-day-old Orfeo (pronounced ’Or-phay-oh’) into the London Offices the next day to meet the rest of his extended family. Everyone was in paroxysms at the cutest thing we’d ever seen.

Ayesha was glowing, absolutely radiant. Stephen looked elated, gazing adoringly at his baby and wife in turn, with his tiny baby boy in a green woolly jumper in the crook of his arm.

Emblazoned on his jumper was a fox, which Stephen later explained was in honour of his joining Leicester City Football Club as a "junior fox" earlier in the day. Orfeo was celebrating his first victory after a tense penalty shootout with Wolves.

His name, we discovered is from the Monteverdi opera L’Orfeo - the first Ayesha and Stephen went to watch together. Suitably romantic, the opera tells the story of Orfeo’s desperate efforts to bring his bride Eurydice back from the Underworld. Arthur is in tribute to Malory’s literary work which placed the legendary Camelot in Winchester, where Stephen and Ayesha met and married.

Orfeo even donned a headset to work his first stint in Client Relations. Although his Daddy Stephen warned he may not hit the day’s utilisation target.

We couldn’t be happier to meet Ayesha and Stephen’s beautiful baby boy, wishing him only the happiest things in life, (and many more visits in to the office).

A step by step guide to getting divorced
This site uses cookies. Find out more. Continued use of this site is deemed as consent.   CLOSE ✖