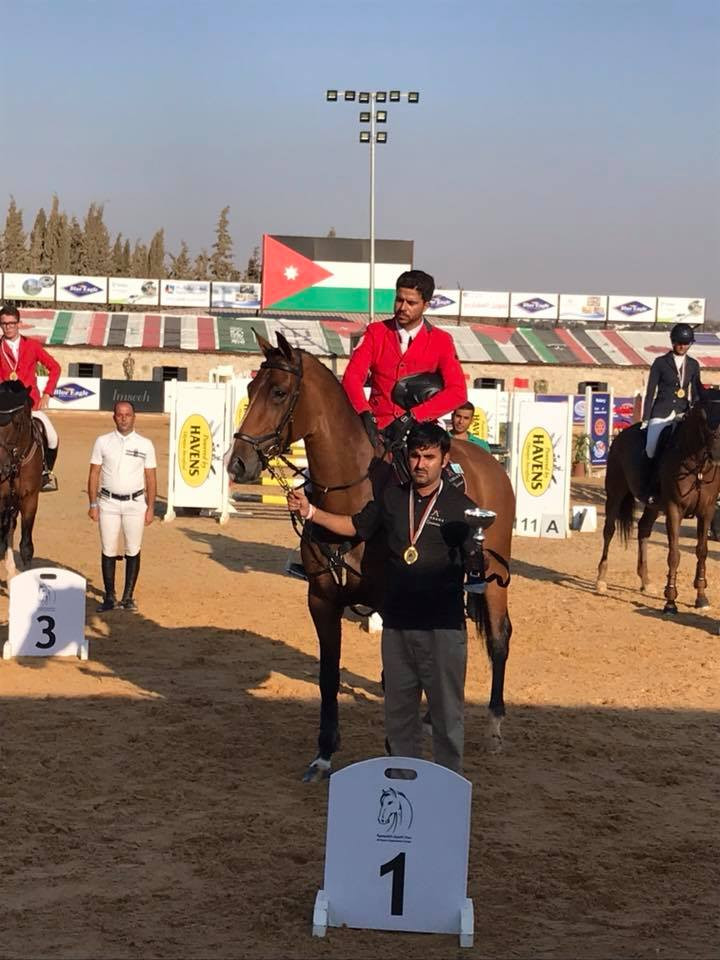 This week has been a whirlwind of success for team Vardags in Amman; with each of our talented horses proving their selves in front of the show jumping elite. Spring boarding from his success in the first week of the FEI world cup, Amman and the girls headed into their second week on a high.

We started the week as we meant to go on, with a big win! Competing in the 140-150m CSI2* World Cup qualifier, Estoril and Ahmad jumped their way to victory with a stylish and speedy clear. Not to be outshone, Ficanka de Vardag, won the 125m joker class sped her way to victory by just one second, we were on the edges of our seats! One the same day, Ahmad is one busy man, Honeypenny de Vardag flew round the 130m CSIYH1* coming in 2nd place. The following day Honeypenny rounded of her great competition with a 3rd placing in the 130m Table A CSIYH1*. This really is a credit to Ahmad’s incredible empathy with his horses, having only had Honeypenny for a few weeks this immediate success is remarkable.

The competition had a real fairy tale ending with Ahmad and Estoril achieving the highest levels of success – winning an international Grand Prix! We manage to glean the inside track from Ahmad a couple of days after the dust had settle. Asking him to describe the feeling of winning an international event Ahmad commented it "was dream come true" and an "amazing" feeling, no doubt! Discussing the track, which stood at a towering 160m, Ahmad conceded it was an extremely technical track, despite this he felt "Estoril de Vardag jumped big over every fence, trying her best not to touch a single pole". What a mare! Estoril did an exceptional job clearing this huge track, blessed to have the talent of Ahmad to guide her, finishing with the only clear between the final 3 riders. With Ahmad now on track for the World Cup in Moscow and excitement for the upcoming jumping season in the UAE, with all eyes watching, we are going to keep soaring, and keep winning!

Helena Vardag-Walters has a need for speed at the National A**
This site uses cookies. Find out more. Continued use of this site is deemed as consent.   CLOSE ✖