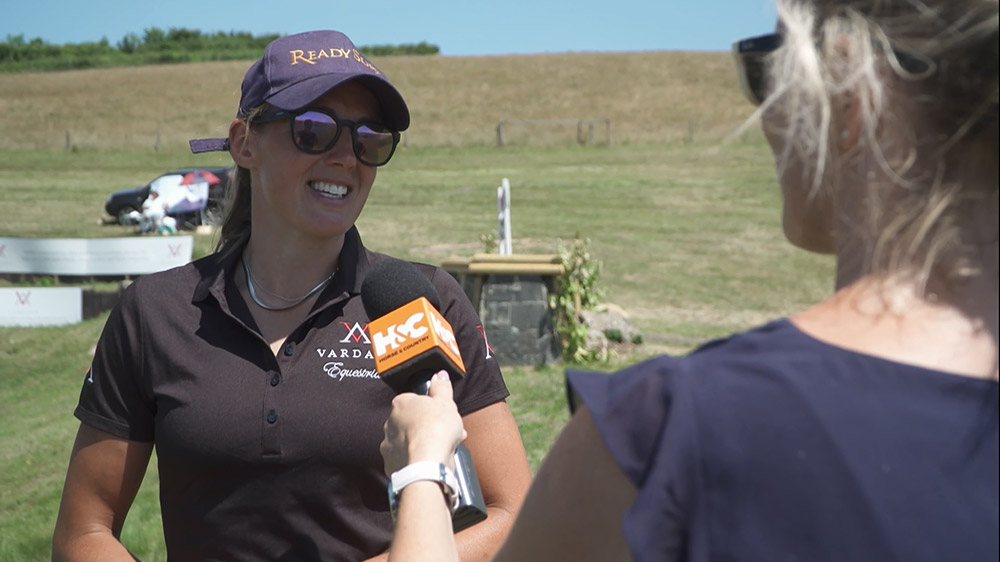 The summer of 2018 will be remembered for its scorching heatwave. The unblemished stretch of long summer days has an almost literary quality.

For the organisers of Barbury International horse trials, it was all they could do to hastily aerate the baking ground, keeping the going good for the horses. The course sits in a valley, sheltering an undulating cross-country course and split level show jumping arena.

It was a deftly organised event, smaller than Burghley or Badminton but popular, not least because from a single vantage point in the inner curve of the hill spectators can see much of the cross-country course and showjumping.

The horse trials, set in the Marlborough Downs, brought together some of the world’s best riders and horses to compete. Familiar faces convened by the showjumping arena. Working in only paces away was William Fox-Pitt and New Zealand Olympian Mark Todd. Competent amateurs competed against superstars. As an outsider you couldn’t help be struck by it. Everyone knew everyone else.

The sport is eventing, the three part discipline of dressage, cross-country and showjumping. The trials take place over a number of days: dressage first, the jumping stages follow. Different horses are qualified for different levels of competition up until to the top level at Barbury, the CIC 3*. This is one level before the most advanced in worldwide eventing, the 4*, found at only six venues in the world - Rolex Kentucky, Badminton, Burghley, Luhmuhlen, Pau and Adelaide.

Competing on the Saturday was a big step up for seven-year-old grey Irish Thoroughbred Vardags Saratoga. It was her first 2* event, having done just one intermediate previously. She and her rider Flora Harris are part of Vardags Equestrian, a team of 17 horses across the UK, Dubai and Southern Italy owned by Ayesha Vardag. Sara scored 30.9 in dressage, (excellent in CIC 2*) had a pole down on the showjumping then rode a clear cross-country, finishing 11th in the most challenging competition she has completed to date.

On the Sunday Flora Harris was on her third ride, Bayano, owned by Rebecca Salt and Caroline Harris. Bayano, stable name Barney, competed in the ERM CIC3* with great success.

Dressage had gone well but it was a very technically difficult show-jumping and formal eventing dress made no concessions for the heat. 36 horses competed and only seven rode clear without a pole down - Flora and Bayano amongst them. They flew to the top of the leaderboard. When the horse owners sat down to dine in the hospitality tent, Flora’s name was projected from screens just beyond the tables: top 5.

She barely betrayed her fatigue when she made her way around the tent, every inch the professional and in-demand from almost everyone, all lean strength and focus. Flora stopped to speak. She was thrilled with how it had gone.

The afternoon’s timings were swiftly circulated. It was reverse winning order, Flora would be among the last to compete. You are able to see how the course is jumping, she explains, but the grip of fatigue begins to squeeze. In the closing stage, riders really begin to feel the pressure. She was alert: thinking through the course in her head, Horse and Country TV wanted her for interview. The cross country was next.

Though perhaps less troublesome than the showjumping, riders and horses were tired. The course had three water fences and several complexes. Sitting at the top of the course, the imposing Vardags Quarry, bore down on the rest of the course. There was a strong pull up the hill to the second element, riders needed a powerful canter to meet the fence with enough impulsion to clear it, but the fence rode well all day with only one refusal.

After a hot, still day, this last whip of activity threw the afternoon suddenly into a new gear. Winners took to the podium live as they finished their cross country in turn. Riders sat in placement, in first, second and third position and were deposed as soon as a newly-finished rider, gaining a better score, bumped them off the top-three.

The live podium was a development of recent years in Event Rider Masters competitions galvanising the pace and excitement around the final scores.

Flora rode well, finishing to take her place on the podium. The few riders to go had been the highest scoring. The audience clustered round split their gaze between the podium in front of the course and the big screen to their left with close-up video and timer.

It was amidst jostling and hugs that she finally left the podium to be placed fourth. The atmosphere was familar, jovial. Those with press sashes jostled for photos. A reporter held a microphone up to the riders for podium interviews.

Tom Carlile, defending his title at the Barbury Event Rider Masters then made his way to the podium, taking centre place in first. His stallion Upsilon completed the course to cheers, having attracted a fanbase of his own. For a sport not famed for inclusivity, the excitement of this last phase was contagious, even for an eventing first-timer. Trophies were awarded, and riders went wild, popping bottles of champagne, soaking the crowds and each other.

Flora Harris and her groom Charlotte Aitken, tired, beaming, finally got to sit down. “It was a great course. A great day.”

The new dressage scoring rules were the talk of the day, with the lower and tighter scores placing more emphasis on the showjumping and cross-country. Flora felt it made for hotter competition. “It’s more exciting, more competitive going into the second and third phases.”

It was a very special Barbury for Flora Harris, seeing Vardags Saratoga moving up the levels to such success and finishing top 10 with Bayano in the highly competitive CIC3*, competing against a number of previous Olympians. Charlotte Aitken, adored by Bayano, was celebrated as the best groom at Barbury, taking home the ERM Supergroom Award.

For owner Ayesha Vardag, having a horse and rider at Barbury was an exciting development. A passionate eventer keen to give back to the sport, Ayesha sponsors horse trials and equestrian broadcasting as well as developing Vardags Equestrian; having her rider blaze through the cross country over the Vardags quarry was a powerful moment for the young, ambitious team.

Questions for the Equal Civil Partnerships campaign
This site uses cookies. Find out more. Continued use of this site is deemed as consent.   CLOSE ✖