Transcript: Rory Lynch examines the “cataclysmic” fallout of the Harry and Meghan interview 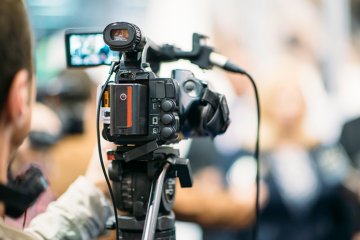 Appearing on Martin Stanford’s LBC programme this morning, Rory Lynch, a Senior Associate in Vardags’ Reputation and Privacy team, discussed the fallout of the interview between Prince Harry, Meghan Markle and Oprah Winfrey. You can listen to the full segment by clicking this link and navigating to 24:50 and a full transcript is included below:

Martin Stanford: Was the purpose of this interivew to deliberately damage the royal family’s reputation or does it in some way burnish Harry and Meghan’s reputation?

Rory Lynch: I was sceptical at first but having now watched the interview, Harry and Meghan appeared very sincere and honest. My instincts are, whether the allegations are true or not, that they genuinely believe they have been mistreated and it would appear that they would want to get their side of the story across because they have been misrepresented. I don’t think they were going out to harm the royals as they were very careful to also be praiseworthy of the royal family. However, no one will come out of this with their reputation intact.

Martin Stanford: If they did not set out to harm the Royal Family, what worse thing could you possibly do than accuse a senior member of racism?

Rory Lynch: The accusations of racism and not looking after Meghan ’s mental health could not be more serious. My point is that they obviously felt they had no choice but to do this, which is of course very sad, but when I talk about individual members of the royal family, I note that Harry specifically mentioned his love for his father and brother - they did very much try to hedge it. They were obviously aware that what they were doing was going to be incredibly harmful and so were careful to hedge it, in the same way as the announcement from Oprah yesterday that the person responsible for the comments was not the Queen or the Duke. Clearly they were nervous about it but it is without doubt an out-and-out assault on the monarchy and the institution of the Crown.

Martin Stanford: One of the motivations for leaving it all behind and starting a new life was their privacy. In what way does sitting down with Oprah increase your level of privacy?

Rory Lynch: Well of course this is the great irony of the whole situation. There are very much two schools of thought: Team Meghan and Team Queen as the hashtags are going. The fact that they have done this, and are openly courting publicity with Spotify and Neflix deals, does suggest they are not so concerned about their privacy which has been their main accusation towards the British media. It is a strange sitation - on one hand, it looks like they are promoting themselves; on the other, it looks like they reached a point where they had no choice but to put out their version of events. What they haven’t done, of course, is adhere to the Queen Mother’s mantra of "Don’t complain, don’t explain"

Martin Stanford: If you were booked by the Palace now, what would you advise their response to be?

Rory Lynch: At Vardags we act for a lot of royal houses and they tend, like our royals, to have a dignified silence. However, the accusation of racism and not looking after Meghan’s mental health is so cataclysmic that the Crown will be forced to address those two issues. I would recommend a more generic statement rather than getting into the detail - they will need to express sadness and shock and announce that they will look into the allegations. I can’t see them getting into the nitty gritty.

One thing I noticed from a legal perspective is that they claimed that they didn’t name the person [who had allegedly made the comment about Archie’s skin] as it would damage their reputation; legally, however, that is not why they have done that - they have done it to protect themselves from a defamation claim which can run into millions of pounds of damages in the US. I doubt the Palace will come out swinging but they will need to address the mental health and racism issues.