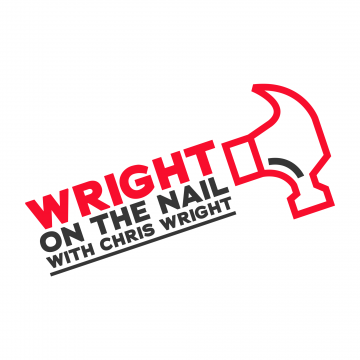 As the dust began to settle following Prince Harry and Meghan Markle’s explosive interview with Oprah Winfrey, Rory Lynch, a Senior Associate in our Reputation & Privacy department was invited to join the Wright on the Nail podcast to examine the fallout. Hosted by Chris Wright, a prolific producer and founder of Chrysalis Records, the podcast takes a close look at the biggest media stories of the week, bringing together a diverse panel of voices and opinions.

For this episode, Rory was joined by royal biographer Angela Levin, Rachel Holsie, a Senior Lifestyle Reporter for Insider and Tunde Banjoko OBE, founder of the UK Social Mobility Awards.

You can listen to the full podcast by clicking here and Rory’s highlights are included in the transcript below.

On how the interview has been received by the wider public

Rory: "I think that the reception depends heavily on which demographic in the UK you speak to. The older generations are more of the Queen Mother’s mantra (Don’t complain, Don’t explain) and would therefore have possibly negative feelings towards Meghan and Harry for speaking out. The younger generations, however, feel people should have their voices heard, especially if they have suffered abuse or hardship, even if they are from the most prestigious family in the land. There are some against and some for, which the polls have reflected.”

On whether Meghan was treated unfairly by the press

Rory: “When the relationship first started, and running up to the incredible wedding, the media seemed very positive and everyone in the UK seemed thrilled. There was, however, a turning point, especially in the tabloid media. It seemed they perceived Meghan’s race to be low-hanging fruit which they then targeted. It was very unedifying and I think that section of the press should be embarrassed.”

On the potential differences between Meghan and Princess Diana

Rory: “What I have been thinking about recently, which you alluded to Chris, is that you would suspect that a middle class English girl would know the Royal Family would be incredibly stuffy, the epitome of English stiff upper lip, and so would have an idea that life there would be incredibly formal. Diana, of course, was an aristocrat and so she would have been more than aware of that. Obviously, with Meghan, it is a different kettle of fish - she is an American, she is much more open than the Royal Family and so it was like two different galaxies.”

Rory: “It [the interview] has obviously shone a light on how the Royal Family treat women, especially those who marry into the family, but I can’t see it being much of a danger to the wider institution – the institution of the Crown has survived for 1200 years and it has survived because it has been able to adapt. It will have to adapt to deal with this crisis.”

On the relationship between the monarchy and the press

Rory: “Harry said, whether true or not, that his family are terrified of what the tabloids are thinking. That relevancy is obviously important to the Royal Family - the Royals cannot survive without public opinion. The tabloids, love them or hate them, have a huge sway on the average person on the street. They will be aware of that and so they will adapt, as they must do. “

On whether the UK may decide to remove the monarchy

Rory: “Many people have been discussing the institution of the Crown, with some describing it as a religion in Britain - which I think it is.

“I think the institution will survive and any move towards republicanism will not pick up much speed as there is just so much veneration for the Crown and what it does in terms of PR on the global stage and its attraction for tourists.  Having said that, I don’t think the Royal Family are naive enough to think they don’t need to adapt to crises. From a reputational viewpoint, the allegations of racism and not protecting Meghan’s mental health could not be more damaging and they will of course be well advised that these are issues that need to be addressed; if they don’t, it could lead to a republican cause gaining traction.”

Are spy pixels a threat to online privacy?
This site uses cookies. Find out more. Continued use of this site is deemed as consent.   CLOSE ✖