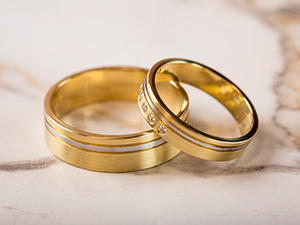 Being on the frontline of breakups, divorce lawyers see people at their worst, when everything’s gone sour and their marriages are truly beyond repair. But that’s not the whole story. It may seem ironic, but divorce lawyers also do a lot of mending – and witness a good few reconciliations.

It may be hard to believe, but despite what we do for a living, I’m still a committed romantic at heart. It’s not at all incompatible to believe that relationships should be right, that they should bring out the best in both parties. If a marriage is damaging, it may be healthy to leave, but just because a relationship is rocky doesn’t mean it’s doomed to divorce.

Many of us find it difficult to hold a marriage together when there’s immense pressure forced upon it. Family-focused periods like the Christmas or summer holidays are famously terrible times for those tempers to fray and the cracks to show. But what we have found at Vardags is that while those are busy periods for us, very often people come to us feeling lost in a marriage maze, not knowing where to turn. But actually what they’re grappling for, when it comes down to it, is help in keeping their marriage together.

There’s always room for romantic optimism. Shakespeare’s observation that ‘the course of true love never did run smooth’ has become a cliché, but only because it’s consistently true. There are ways to hold it together, and making a few stitches in time can save you ninety-nine later on. Here are a few top tips to get you started.

Be present…and on your best behaviour

It’s tempting to go a bit wild when domestic bliss is wearing thin. But going out and spending time and money having fun with people other than your spouse is going to pull you apart as a couple rather than solve anything. It’s also, I’ve observed in my work, often a sign of infidelity, or perceived infidelity. Long working days, last minute business trips – don’t make up excuses if they’re not true. Even if they are true, try to keep them to a minimum to build trust and easy communication.

Kindness is a hugely underrated quality in a partner, but it’s as vital to be kind to your spouse – at all times but especially at this point. When tensions are running high, the default mode of communication is often snapping and nit-picking. It’s common for the rush of attraction to fade with time and familiarity, and it can be easy to slip into a rut where your partner irritates you and you respond by becoming cruel and cold because you feel trapped with someone who they don’t feel very connected to any more. Far better to spend time rebuilding that connection – it’s hard work, but worth it if you’re committed to keeping your marriage.

Clarity on all topics can be freeing, particularly if there’s been a rift in the marriage like infidelity. Laying all your cards on the table at this crucial turning point for your marriage can – perhaps surprisingly – help build a springboard of trust for the future. A husband once came to me saying he felt he had to have a divorce because his wife had been unfaithful and he didn’t want to keep building up his fortune in case she walked away with it. I was able to broker a post-nuptial agreement, which reflected where the marriage was and where it might be heading — and at the last count that marriage was still going strong. Consider getting a post-nup to crystallise your position, or simply as a way to rebuild bridges.

Be conciliatory where possible

Speaking of building bridges, it’s useful to sort out a good dispute strategy, for those moments when you do disagree – and some dispute is inevitable. That doesn’t mean you have to violate the second point about kindness. Not all arguments are bad – sometimes they’re really necessary to maintain an open dialogue with your spouse – and it’s always better than hiding something to avoid conflict.

What are the most common reasons for divorce in the UK?
This site uses cookies. Find out more. Continued use of this site is deemed as consent.   CLOSE ✖