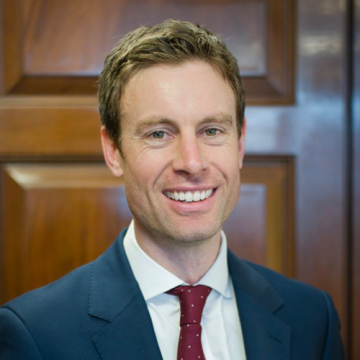 Robert Conway was invited onto ITV news with Lucrezia Millarini this lunchtime to discuss a young woman’s campaign to make ’upskirting’ a sexual offence.

Gina Martin has been campaigning for a change in the law since last year when she became a victim of upskirting, the act of taking a photograph of underneath a person’s skirt without their consent. Since 2015 there have been 78 incidents reported to police but of these only 11 charges have been made.

Discussing the matter with Miller and Millarini, Robert explained why the legal recourses available were unsatisfactory.

"I think its right to say that there is in this situation a lacuna in the law. There are offences which are available that potentially cover certain instances of upskirting but the problem is that they’re not designed specifically for this type of phenomenon and there are going to be occasions where there is an incident of ’upskirting’ that isn’t covered by existing law."

Prosecutors could press charges under outrage to public decency. However Rob explained that as an outrage against public morals rather than an offence against the individual, this does not properly address individual hurt:

"The real focus of that type of offence is to do with the wider public, its not really addressing the individual hurt caused to the victim and the alarm and the distress that would have undoubtedly caused."

Rob went on to explain that while other prosecutable offences like harassment do protect against acts causing the type of alarm a victim  of upskirting might experience, to fall under that offence there has to be a course of conduct - a pattern of behaviours composed of two or more acts, evidencing a continuity of purpose. A one-off offence of upskirting could not be covered by this.

You can see Gina Martin’s campaign to criminalise ’upskirting’ here.

Vardags become title sponsors of the South East Eventers League
This site uses cookies. Find out more. Continued use of this site is deemed as consent.   CLOSE ✖