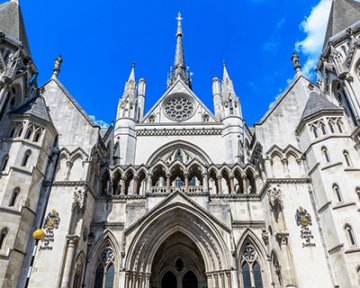 The hearing of Vardags’ client Pauline Chai has attracted a surge of national press coverage, including articles in The Telegraph online, The Times online, Mail Online and the Evening Standard.It was even covered online by the International Business Times in India demonstrating further the interest the case has sparked globally. In what may prove to be the largest divorce case ever heard in the UK, lawyers for Pauline Chai and her husband Khoo Kay Peng were at the High Court on 4th July to begin proceedings. With the couple unable to agree where they should be divorced, the battle for jurisdiction was adjourned by Justice Coleridge until a later date.

Ayesha Vardag, lawyer for Pauline Chai, stated: “This is a classic case of forum shopping by the husband. The wife petitioned in England where the family have their £30 million home.” She added: “the wife is neither domiciled in nor even a citizen of Malaysia yet the husband says that that is where the divorce should be heard.”The vast assets were built up during the matrimonial partnership and Ayesha Vardag commented that, “like all other partnerships which do not have a deed, those assets should be divided 50:50. England is the best place to examine and rule on this.”The press coverage is likely to increase when the case goes back into court.This is not the first time that Vardags has attracted significant media attention. Ayesha Vardag gained victory in the Supreme Court in 2010 during the prenuptial case of Radmacher v Granatino which was covered by the media.The Chai case also comes in the wake of the recent landmark Supreme Court ruling in Prest v Petrodel, in which Vardags also played a substantial part.
“Ayesha Vardag - Britain’s top divorce lawyer.”