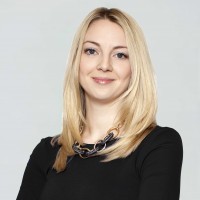 Hot on the heels of her inclusion on Management Today’s prestigious 35 Women Under 35 list, Vardags Managing Director, Catherine Thomas, has been recognised again among her peers in business.

Wales Online has produced its own ‘35 Women Under 35’ to honour the impressive career achievements of young Welsh women. All those honoured were either born in Wales or came there to work – to great success – and now playing a key role in the Welsh economy.

In recent weeks, as well as her starring role in Management Today’s list, Catherine has been interviewed by Wales Online, discussing everything from her childhood in rural Pembrokeshire to her meteoric rise through the legal ranks via Oxford University. Having admitted that she was initially discouraged by her A Level teachers from applying to the top university, being told that it was not the done thing for people ’like her’ to go to Oxford, Catherine is still proving the school teachers wrong.

The full list of Wales Online’s 35 Under 35 can be read here, where you can see Catherine included alongside her compatriots who include PR professionals, entrepreneurs, engineers, motivational speakers and lawyers from other specialisms.