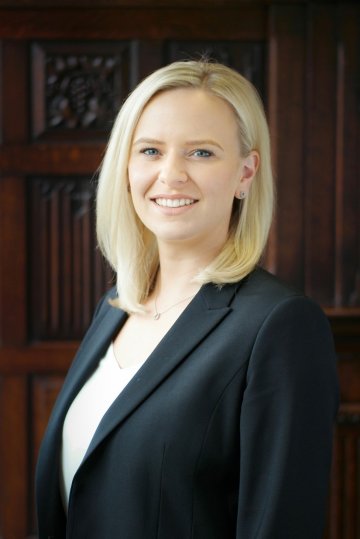 Lucy Winter made her response in CityAM today to a recent Government commitment to longer, tougher sentences.

The Justice Secretary’s ’tough talk’ on crime including ensuring "proper punishment" for criminals has been roundly criticised by the legal profession as cynical and misleading.

In the proposed crackdown serious sexual and violent offenders who are sentenced to more than four years in prison will be required to serve at least two thirds of their sentence.

Priti Patel made the announcements at the Conservative Party Conference, saying tis tough stance on sentencing would "renew" the party’s place as "the party of law and order in Britain".

However in a letter in today’s CityAM Lucy Winter explained that Extended Determinate Sentences are already in place for serious violent and sexual offenders, the very criminals that the new proposals claim to target.

This pre-election "grandstanding", she argues, detracts attention from the measures that would truly lower stubborn reoffending rates.

You can read her comments in full below:

"This tough stance on sentencing is little more than window dressing. Just like the grandstanding that took place with West Yorkshire Police, the criminal justice system is being used to obtain ‘easy votes’ as the prospect of a general election looms closer. Of course we want the most serious violent and sexual offenders to be off our streets. Extended Determinate Sentences are in place for exactly that reason. Anyone given such a sentence is required to serve a minimum of two thirds of their sentence and remain in prison until they are considered to no longer be a risk to the public.

If the government wants to stop the truly dangerous criminals from reoffending, they need to look to rehabilitation rather than extended punishment. Fund the probation service properly so they can keep a closer eye on offenders during their licence period and identify risks early. Support offenders to find housing, jobs and access to addiction services. Properly assess why anyone offends in the first place. Just like the escalation in knife crime has not been solved by harsher sentences and increased stop and search powers, keeping offenders in prison for longer will not stop reoffending."