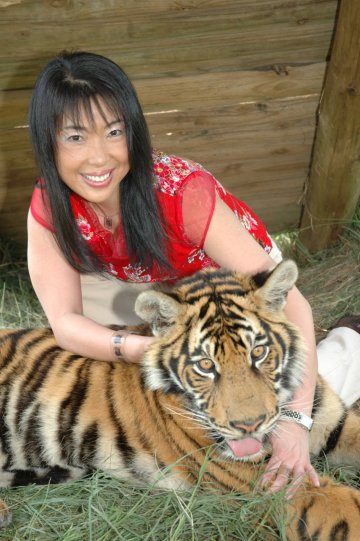 A couple who founded a charity that campaigns to save the endangered South China tiger are embroiled in a divorce battle over the £50 million worth of assets that fund their work. The conservationist Li Quan told the High Court that her husband, Stuart Bray, 52, an American banker, put the fortune acquired during their relationship into a trust fund. Mr Bray says that the trust is there to pay for the charity that Ms Li set up, but she maintains that her husband has used it as a tax structure and aims to cheat her out of her share. Save China’s Tigers (SCT) was founded in 2000 by Ms Li, 50, a former executive with the fashion house Gucci. It has been backed by celebrities including the actor Jackie Chan and the former England rugby captain Lewis Moody.

Frances Gibb also outlines some of the judge’s responses to proceedings so far:

Mr Justice Coleridge stated last week that he would make an order to freeze nearly all the assets in the Mauritius-based Chinese Tiger South Africa Trust and ruled that the trust should be joined as a party to the proceedings. He said he suspected that Mr Bray had put structures in place “to keep the revenues of the Western world behind a smoke screen”. He added: “I do not say that in any critical sense. He has had the benefit of absolutely world-class advice when he set the structures up.”

To convey a sense of the case’s financial complexities, the article includes quotations from Li Quan’s counsel:

Ms Li’s barrister, Richard Todd, QC, said that there was a “front door” and a “back door” to the trust, which would enable Mr Bray to get the money out at any time. “Mr Bray had £50 million worth of assets,” Mr Todd said.

Ms Li has hired a top divorce lawyer. Ayesha Vardag, called “the diva of divorce”, who has represented clients such as the German heiress Katrin Radmacher and the Marchioness of Northampton, said that under English law Ms Li would normally be entitled to half of her husband’s assets. “It is ironic that Li, who has dedicated her life to the welfare of tigers, finds herself having to fight like one of her feline friends in order to protect her own welfare,” Ms Vardag said. “With £50 million in issue, there should be enough to look after both the tigers and the people. Instead Li has been cut off from all support.”

Glee star Jane Lynch files for divorce
This site uses cookies. Find out more. Continued use of this site is deemed as consent.   CLOSE ✖