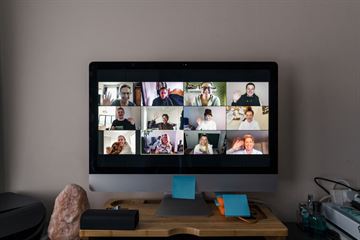 On Monday, the first ever jury trial to take place entirely on Zoom began in Duval County, Florida. While remote-trials have been in place to some degree from the very beginning of lockdown, this will mark the first time a binding verdict is given by an entirely virtual jury.

Remote jury selection took place last week, with the recordings now available to view online, and each day of the trial is being uploaded to YouTube with the faces of the jurors blurred out.

The trial, Cayla Griffin vs Albanese Enterprise, Inc., will determine the level of damages paid to Griffin, who is suing the owners of the Paradise Gentleman’s Club after alleging she suffered serious injury from bouncers when trying to retrieve her wallet and personal items after being fired by the club in February 2018. The club are not disputing this allegation.

While this is a decisive step forward, it is not without precedent. In July, a Miami-Dade county court selected the jury and heard opening statements over Zoom but conducted the actual trial in a socially-distanced courtroom. Before this, in May, a Texas court held a one-day summary jury trial for an insurance dispute but the jury’s verdict was non-binding.

Although technical issues have led to delays, including a strong thunderstorm which briefly cut off one of the virtual hearings, reaction to this new step forward has been largely positive.

What does this mean for the UK?

The success of this new foray forward will likely have far-reaching consequences for courts around the world.

In June, Robert Buckland, the Justice Secretary, opened the door to remote jury trials in the UK, telling the BBC’s Nick Robinson that “I’m going to have to use every tool in the book in order to deliver the swift justice that victims, witnesses and the public would want us to see if they are to have continuing confidence in our court system.”

This is not the only potential avenue being explored. Buckland has also spoken about the reduction in the size of juries, and potentially their temporary abolition, in order to address the mounting backlog of cases.

While the government is seeking to implement one of these two options by September, it is not yet clear which, if either, will be pursued.

Property and divorce: Emma Gill speaks to the World at One
This site uses cookies. Find out more. Continued use of this site is deemed as consent.   CLOSE ✖