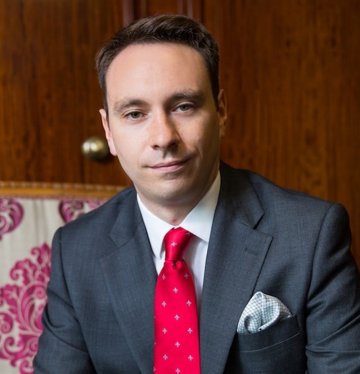 This morning, Vardags barrister John Oxley and Caroline Frost, a showbiz journalist, were called to the BBC 2 studio to speak to Victoria Derbyshire about the Rooney divorce rumours.

Former England captain Wayne Rooney was pulled over for drink driving this weekend with a single mother called Laura Simpson in the car. His pregnant wife, Coleen, who was on holiday in Majorca at the time, is reported to have flown home to confront Mr Rooney before leaving with their three sons for her parents’ house.  Wayne Rooney has previously had multiple “lapses of judgement” (as the journalist called it), apologised and been forgiven, but this may be one infidelity too many.

Looking for a divorce lawyer’s opinion on the situation, Victoria Derbyshire asked John whether he thinks the Rooneys will stick together and if their relationship can be salvaged. In response, John stressed that it is the individual’s decision whether to petition for divorce or to set out the conditions for persevering in the marriage to make it work for both partners.

On being questioned about whether high net worth can get ‘messy’, John stated that divorce can be very complicated for the super rich. With a huge array of assets, often spread overseas, and other commercial interests, John emphasised the need for full and frank disclosure to avoid acrimony: “the big thing that defines it is how much they cooperate”. He used the case of Young v Young to illustrate how some people can be “devious” and try to hide their assets from their spouse on divorce, thereby obstructing proceedings.

Pointing out that Coleen has asked for privacy, Derbyshire asked John whether it’s true that, increasingly, people are opting for DIY divorces. John confirmed that, since the reduction in legal aid, many couples choose to avoid legal fees by settling the divorce themselves. However, for those with significant assets, agreeing on matters between each other is too risky: “for a couple like this it will be absolutely essential to have expert advice”. Instead, John explained that many wealthy couples are favouring arbitration as a way to conclude proceedings without “the big court show-down” and paparazzi.

Currently taking some time to decide on next steps, if Coleen Rooney does ultimately decide to divorce from the Everton striker, this promises the division of a dizzying amount of wealth whether we hear the sums bandied about in the media or not.

House of Commons briefing paper: single people have right to obtain parental orders for surrogate children
This site uses cookies. Find out more. Continued use of this site is deemed as consent.   CLOSE ✖