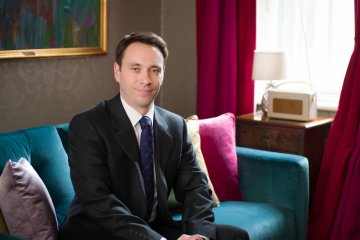 A Supreme Court judgment this morning saw heterosexual couple Rebecca Steinfeld and Charles Keidan lose their appeal to enter into a Civil Partnership.

Vardags’ John Oxley starred on today’s Iain Daly show on Radio LBC to discuss the couple’s appeal.  A barrister with a background in history, John outlined the origins and particularities of marriage and civil partnership in England and Wales, explaining the Court of Appeal decision and making a case for the need for change.

In response to Iain Daly’s opening query as to why a non-religious service at the registry office might not suffice for heterosexual couples averse to traditional marriage ceremonies, John explained that marriage and civil partnerships were conceptually different and come under a different act. He emphasised that though civil partnerships were "intended as a stopgap", the historical and patriarchal baggage of marriage is also significant and sometimes anathema to people who still might want and need the legal protections denied to cohabitees. He also identified some of the small legal differences, civil partnerships not being voidable for non-consummation or brought to an end on the grounds of adultery.

These issues were recognised in the Court of Appeal judgment, in which all three judges agreed current law impinged on couples’ rights and that the discrimination against heterosexual couples could not last indefinitely. However Lord Justice Briggs and Lord Justice Beatson accepted current law in the understanding that it would be eventually be changed. Only Lady Justice Arden said that this was not good enough and concluded that civil partnerships must be extended to all or else abandoned. John explained that this judgment was a clear sign from judiciary to executive:

"What came from the Court of Appeal today in a very narrow decision was a clear indication to the government that they’re going to have to decide one way or another... potentially if this carries on after today’s judgment, the next time, the idea that the Government have said, ’wait and see, we’ll do something eventually’ won’t wash and they will have to decide either to get rid of it or bring it in for everyone."

Emma Gill champions no-fault divorce as guest star on BBC Radio 2
This site uses cookies. Find out more. Continued use of this site is deemed as consent.   CLOSE ✖