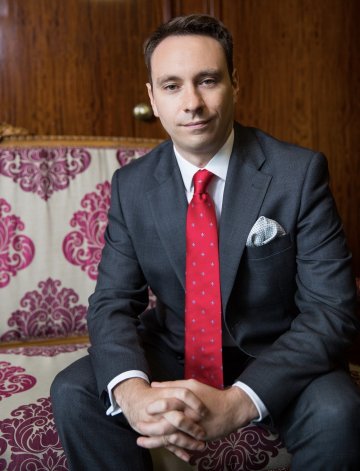 Yesterday morning, barrister John Oxley was called back to Talk Radio to discuss the defamation case of Louise Reay. The award-winning stand up comedian is being sued by her estranged husband, Thomas Reay, for defamation, breach of privacy and data protection after he took offence at one of her shows. He is seeking £30,000 in damages plus legal costs and is asking for an injunction to stop her from publishing statements about him. Concerned that she will be bankrupted if she loses the case, the comedian has launched a crowdfunding page.

Commenting on the fact that personal anecdote is well within a comedian’s remit, presenters Mike Graham and Katie Perrior turned to John to get a legal perspective on Mr Reay’s claims. Graham voiced his concerns that the lawsuit counts as a type of "censorship".  John duly explained that to stop “frivolous defamation suits”, a law was introduced a couple of years ago which requires the claimant to demonstrate that the act caused “significant harm”:

However, John accepted that the law is quite obscure as there is no “hierarchy” or rule about which of the above rights outweighs the other, making it hard to predict what a court might decide.

The presenters then wanted to know why Mr Reay didn’t just write a letter expressing his displeasure rather than pulling out all the stops. To this, John replied that, beyond small claims courts, the system unfairly benefits those who already have the upper hand:

“It’s the wealthy people you can afford to do this who win … the party with the resources is trying to strong arm the other by saying ‘look, I can fight this all the way, you can’t’.”

This prompted Graham to admit that he never advises his friends to go to a lawyer out of his belief that the costs are too high. In defence of his profession, John explained that most responsible lawyers would try to follow alternative paths like mediation to settle before a matter can be brought to court, substantiating this claim with the fact that Vardags settles 95 percent of our cases. He stressed that it is still worth instructing a lawyer for help as “you need to know your rights before you engage with the other side” and, as defamation lawsuits can be complex, it’s important to have someone to fight your corner.

The discussion then moved onto whether performers such as Louise Reay have special protection under the law. John pointed out that there are various defences to allegations of defamation and breach of privacy, and if the performer were to win, the claimant would have to pay their legal fees.

Finally, with the impression that more people are seeking “redressal” than average, the presenters asked John if the courts are busier now than ever before. “Absolutely,” John replied, “the courts are very busy, the delays are increasing and that makes things difficult for everyone”. To remedy this overwhelming demand, John reiterated that people should look first for alternative dispute resolution, and opt for mediation or private arbitration to avoid the situation that Louise Reay is currently in, where her future hangs on a judge’s sense of humour.

Kathryn Mason inspires students at Queen Mary Law School
This site uses cookies. Find out more. Continued use of this site is deemed as consent.   CLOSE ✖