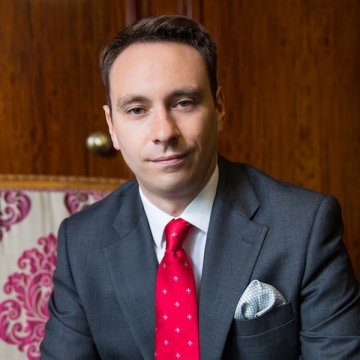 More than 60 women have made allegations spanning five decades, saying they were subjected to sexual intimidation by Cosby.

It recently emerged that Cosby had paid £3.38 million as part of a 2006 civil settlement to a woman who claimed that the beloved American comic had drugged and assaulted her.

Invited on the show as a legal expert, John was asked how as a case taking place "in the era of the #MeToo movement", scandals in Hollywood, Silicon Valley and Westminster might impact the trial.

"It’s a very interesting question because juries can only make decisions on the evidence that goes in front of them during the trial but the way they react to that evidence can’t help but be shaped by what’s going on in society", John told them.

Outlining how cultural movements effect juries, John gave the examples of race in the OJ Simpson case, and intriguingly television programmes like CSI, which he explained have been seen to affect the weight juries afford to forensic evidence.

John was confident that both the defence and prosecution will build their case acknowledging the context of the #MeToo movement, which originated as a hashtag shared by women on social media to help demonstrate the prevalence of sexual assault and harassment, especially in the workplace.

He explained that one interesting aspect of the case was that it is taking place in a state where there is a statute of limitations, a certain amount of time beyond which if elapsed, you can no longer be prosecuted for a crime:

"In the Cosby case, they are prosecuting the one case that falls within the time-limit, but getting all the other alleged victims in to give evidence to try and show that this is a pattern of behaviour to add credibility to the main claim."

In the UK any offence severe enough to go to the Crown Court for a jury trial has no such time limit for prosecution.

However unlike the US proceedings the prosecutors would have a hard time bringing in extra evidence from external charges the way the prosecutors are in the Cosby trial.

Finally John warned against the dangers of dismissing the growing numbers of sexual misconduct allegations.

"What we have to hope is that the police are thorough in their investigations and that there is a scepticism and a proportional scepticism scepticism. the amount of these cases that are completely made up is a very, very small percentage and while we should be on the lookout for those we shouldn’t throw out the 70% that are provable in court or the 28% which are worth running in court because there are 2% which are complete fabrication."

Susanne Shah comments in Women in Business about gender pay gap
This site uses cookies. Find out more. Continued use of this site is deemed as consent.   CLOSE ✖