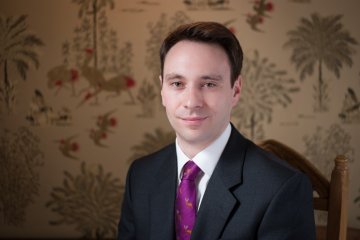 Amid media speculation that makeup artist Lisa Armstrong, the estranged wife of TV presenter Ant McPartlin, is seeking a share of her husband’s future earnings in their divorce, Vardags barrister and strategy associate John Oxley appeared on talkRadio’s Mike Graham slot on Monday to discuss the legal grounding for such a claim.

John began by explaining how the sharing principle operates in cases such as these:

You have a husband who, during quite a long marriage, made a phenomenal amount of money.... And in England the courts start from the point of view that marriage is a partnership; each party contributes in the best way they can, and so when you get to the end of that partnership, everything brought in should be shared 50/50. Or at least you start from the point of view that it should be 50/50

Co-host Katie Perrior accepted this notion, but expressed both surprise that this starting point would apply in a childless marriage and incredulity that Ms Armstrong could be entitled to her ex-spouse’s future earnings.

On the latter point, John summarised the basis this kind of claim as follows:

He did, however, concede that such an argument is, as the law stands, a "very controversial" one and noted that in recent years there has been a growing reluctance towards issuing long-term maintenance awards, with spousal support instead being seen as "your stepping stone to an independent life".

You can listen to the interview in full here.

Legal battle over Charles Manson's body and estate kicks off
This site uses cookies. Find out more. Continued use of this site is deemed as consent.   CLOSE ✖