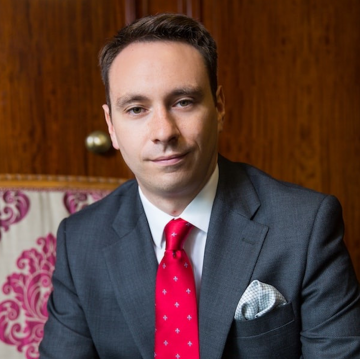 On Saturday morning, Vardags barrister John Oxley appeared on BBC Breakfast to discuss introducing no-fault divorce in England and Wales. He was up against Thomas Pascoe of Coalition for Marriage, proponents of traditional partnerships. As campaign manager for Family Law Reform, John’s interview was an interesting taster of what to expect at the debate to be held at the Conservative Party Conference tomorrow.

John was the first to speak, replying to the presenter’s question “Why does it need to be reformed?”. He explained that our current divorce laws are relics from the 1960s when life was very different: “divorce is now something we accept as part of society”. John stressed that acrimonious divorces can have a detrimental affect on the long-term relationship of the couple and, indeed, their relationship with their children. After being asked to clarify the process of being granted a divorce, John laid out the round-about way our courts allow couples to separate.

The presenters directed their next question to Thomas Pascoe, pointing out that no-fault divorce is not “undermining the institution of marriage” but letting “irreconcilable couples” part ways. Thomas argued that no-fault divorce benefits only high net worth couples who don’t want the courts to meddle with their finances and that vulnerable people suffering abuse would be pressured to accept a blameless divorce. To him, the fault-based system provides “a little bit of security”.

Drawing from Thomas’ point, the presenters asked John whether no-fault divorce puts “victims of marriage” at risk. John responded that it is “very much the opposite” and that sufferers of domestic abuse are often too frightened to list their partner’s actions on the divorce petition. He then turned the discussion to the impact of fault-based divorce on our under-resourced courts, struggling to support the vulnerable:

“judges are going through the forms rather than spending their days looking at the very urgent care cases, the very urgent public law cases that their expertise is really needed for”.

The presenters closed the interview asking Thomas Pascoe why, if there is in fact no single person to blame, he still opposes no-fault divorce. Thomas claimed that those who experience genuinely amicable divorces would only be “a very, very small minority of cases”. Coming from the perspective of preserving the “vital” institution of marriage, Thomas gave the statistic that 10 percent of couples drop their divorce owing to the “cooling-off” period between filing a petition and obtaining decree absolute, suggesting that no-fault divorce would wrongly permit couples to make rash, regrettable decisions.

To put an end to the mud-slinging currently required by the courts of England and Wales, Ayesha Vardag created the Family Law Reform campaign. The launch will take place at the Conservative Party Conference on the 3rd October where a panel, including Thomas Pascoe, will debate ‘Sex, lies and irreconcilable differences: time for no-fault divorce?’ where Ayesha will argue to bring divorce laws into the 21st century.