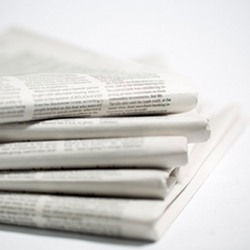 Welcome to the view from London, aka the “divorce capital of the world.” It’s a label that provokes as much bad press as good. But the fact is, it’s a feather in our cap for family lawyers in London. It’s a testament to the English courts’ reputation for fairness, for being incorruptible, that so many people want in.

It’s also testament to our great culture of healthy debate and inquisitive journalism that family law issues receive such attention in the press and on broadcast media. Our lawyers – including myself, managing director Catherine Thomas and divorce finance expert Stephen Bence have all been called to give comment in the national press, glossy magazines and even dropped by the studios of the BBC, ITV and Channel 4 to be quizzed on the latest developments. There’s a respect for authoritative opinion.What it comes down to is that family is the one area of law that touches people’s lives most frequently and most deeply. We may hear that around 40 percent of marriages end in divorce. We may hear the Office for National Statistics tells us that nearly 50 percent of divorces involve at least one child under the age of 16. So, even if you were never to get married or never get divorced yourself, the chances are you’ve experienced family breakdown, been the child of divorced parents, or had friends who have. You might have dated someone with children from a previous relationship who has to pay maintenance. You might have been asked to sign a prenup, or been a shoulder to cry on for a friend whose own divorce is putting them through the wringer. Whatever your life experiences, there will be some part of it that rings true.The landscape of how family law is practised has changed dramatically in a short space of time, and it’s showing no signs of stopping. Long gone are the days when it was considered mainly bureaucratic, even low-brow. These days the stakes are higher, the numbers bigger and the legal knowledge more demanding. It requires an innovative way of thinking. It’s also broader-reaching, with all manner of social, economic and moral implications. A high profile family case can stir up strong, conflicting emotions. Then of course there’s the fact that families simply don’t have to look the way they used to. Relationships, marriages and their dynamics have shifted seismically – even within the space of a year – and family law will no doubt adapt further as national and international viewpoints evolve. The advent of same-sex marriage in 2014 has been a game-changer and it represents a wave of reform that’s taking the world by storm. England was among the countries at the forefront of that change. Not all change is seismic; sometimes it’s more subtle. Even in bread-and-butter areas of family law like divorce and children matters, there are constant challenges to the status quo. Vardags has been at the vanguard of family law reform, especially back in 2010 when the firm’s president and founder, Ayesha Vardag, won the landmark case of Radmacher v Granatino in the Supreme Court, heralding the start of a new era of challenges to the family courts’ famously wide discretion. With the Law Commission also in favour of marital agreements, the weight that can be given to them post-Radmacher is likely to become black letter law. Because family law is enjoying such exciting times, with core issues in a constant state of flux, Vardags has decided to develop a platform where we can discuss and share them. We want to put our wealth of authoritative opinion to good use. But, unlike other family law news sites we’re not aiming it solely at other lawyers. We hope they might be interested in reading, sharing and even contributing, of course. But we want to aim a bit – if not higher – then wider; to be a trusty resource for information and discussion on all those things that affect most people’s lives ‘frequently and deeply.’ There will be commentary on recent developments in family law and hot topics from experts in their fields. There will be in-depth, but light-hearted interviews with family law professionals. These might be of real interest to students or aspiring lawyers seeking some insight into what day to day life is like on the inside and how they got to where they are. As we build it up, there will be some fun content in the celebrity divorce section, not least because the relationship nuances of the ‘great and good’ inevitably has an impact on many people’s understanding of relationships, whether we want to admit that or not. Also because their choices can be surprisingly prophetic. Many would laugh at Gwyneth Paltrow and Chris Martin’s ‘conscious uncoupling’ and ‘co-parenting’, balking at the language; yet in reality a more balanced, less acrimonious way of resolving family disputes may be where the future is taking us, and so much the better. As the marital landscape is being rewritten all over the world – even as Vardags the law practice is expanding its presence in the Middle East, a move that The Times has referred to as ‘climactic’ and leading counsel has characterised as a bid for ‘world domination’ – we aim to chart that rewriting with Vardags Family Law News. We hope to make it interactive and modern while being rigorous and edifying, perhaps on occasion even controversial. We hope you’ll bear with us as we continue to build and, with any luck, hit our stride.
“Ayesha Vardag - Britain’s top divorce lawyer.”