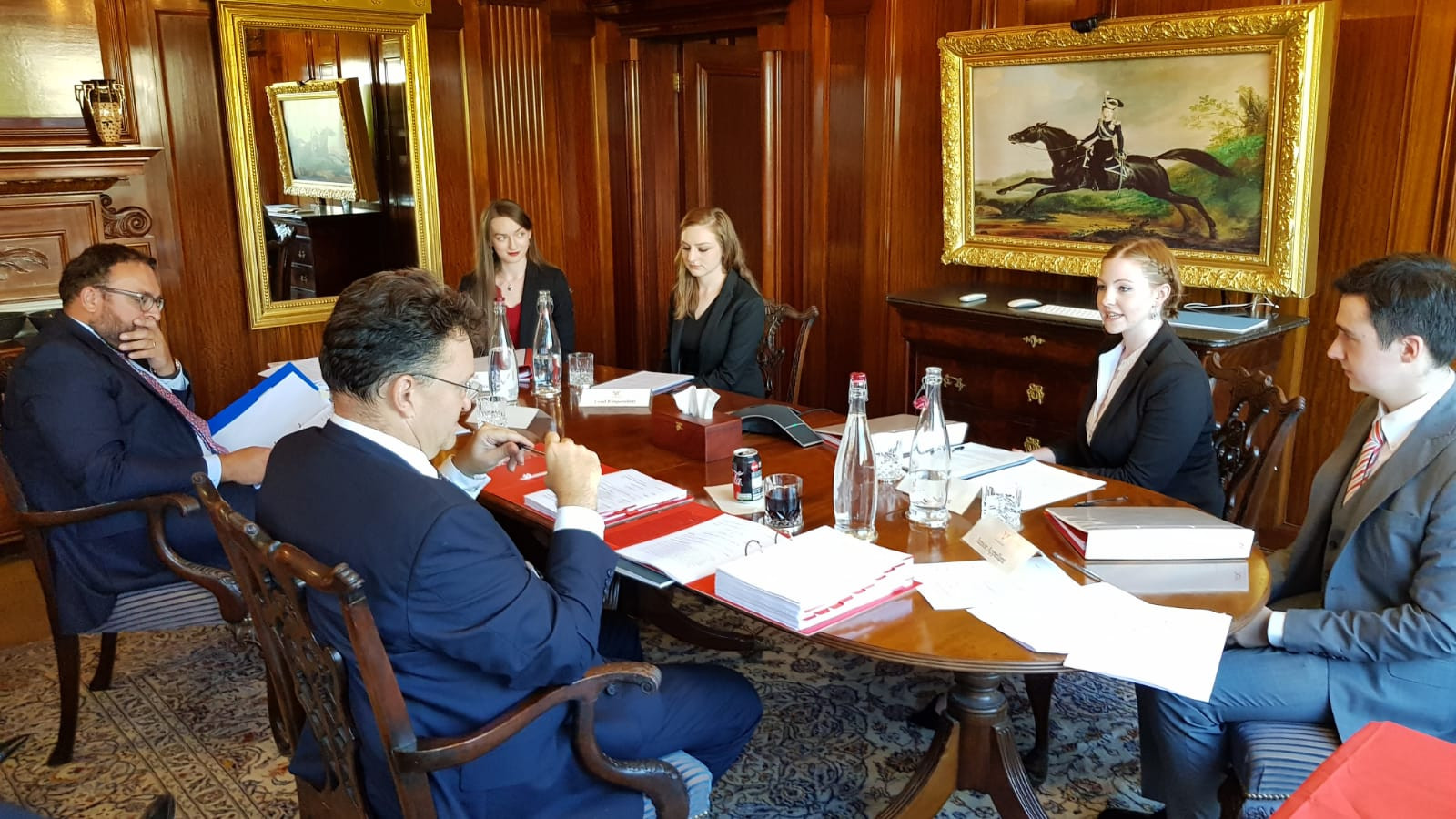 After a month of fierce legal argument and inventive advocacy, the inaugural Vardags Mooting Competition came to a climax with a tense and competitive final round. Designed to give the Graduate Trainees a taste of appellate advocacy, the moot saw them grapple with complex legal cases and produce innovative legal arguments.
Before the final, the 22 graduate trainees where whittled down to a final four through a series of first round fixtures. Based on the case of WM v HM, the trainees made arguments around the valuation and sharing of non-matrimonial property and the contentious issue of special contribution. The standard was very high, with well-researched and well-argued contributions on all sides of the appeal.
The quality of the contributions made selecting a final four a difficult task for the judges, who were drawn from within the firm and feature external counsel as special guests. The 100 point scoring system should have been some assistance, but in the end fewer than five points separated the top 9 competitors. With a careful moderation of the scores, and a final examination of the tie-breakers, the fair-play rule and away goals the top four were confirmed – Rebecca Ridsdale, Ricky Hepburn, Kate Taylor and Beth Courtney-Walker.

The Manchester office video-call in to watch the mooting

The four who lived to moot again were set a more challenging case for the final – taking Versteegh v Versteegh to the Supreme Court, arguing about prenuptial agreements and Wells sharing, before an intimidating bench of Ayesha Vardag, Nicholas Cusworth QC and Anthony Geadah. Perhaps more intimidatingly, the whole firm were invited to spectate.
Once again the effort and achievement of the finalists was impressive. Each had mastered a difficult brief, and showed a clear understanding of complex case law. The tribunal tested this knowledge thoroughly, with a range of penetrating interventions and questions. Each of the mooters stood their ground impressively, not cowed by the experienced judges in front of them.
After an hour of stimulating legal debate, the judges retired to decide not only the appeal, but also the winner of the competition. On the law, the respondents were successful, with both grounds of the appeal being dismissed. This victory was rather academic, however, and the real matter was individual glory. On what was reported as a divided judgment, the final panel awarded victory to Rebecca Ridsdale.
With the results revealed, the competitors were allowed to relax, joining the judges and audience for some well-deserved drinks and pizza. Everyone commented on the success of the four finalists and the ultimate winner, with a real appreciation of the effort which had gone into the competition.
As this inaugural event ends, its success suggests it will return. Certainly, it will be good to see if all our future trainees can live up to this standard. Congratulations once again to our winner, Rebecca, and to all those who took part, and thanks to our judges in the final and the earlier rounds.

Is a happy marriage the key to becoming a billionaire?

Ayesha Vardag launches Campaign for Family Law Reform at Conservative Party Conference
This site uses cookies. Find out more. Continued use of this site is deemed as consent.   CLOSE ✖