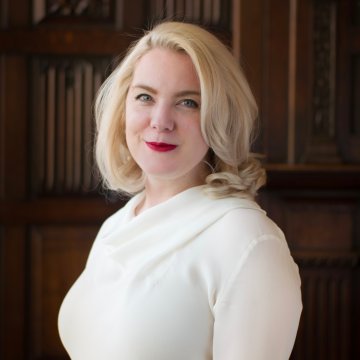 This afternoon, director Hannah Southon who specialises in contentious private client cases, featured on the Jeremy Vine show on BBC Radio 2 to discuss lasting powers of attorney. These agreements give a person the authority to act for another concerning decisions about their finances or their health and welfare.

The topic was raised after Denzil Lush, a retired senior judge of the Court of Protection, commented that he believes powers of attorney can have a “devastating” effect on families and asserted that he would never sign one himself. Illustrating this point, Vine drew on the recent coverage of Lesley Willett’s terrible experiences of a power of attorney. Her father Frank, who was suffering from dementia, agreed to let his neighbour Colin Blake be his attorney, unbeknownst to his children. Soon after the papers were signed, Colin began to extract huge sums of money – which Lesley refers to as “wholesale looting”-and sold Frank’s house when he was moved into a care home. But, as Colin had power of attorney, the bank did not raise any alarms. Shocked that this abuse of an frail war veteran’s finances was possible, Ms Willett is eager to warn others of the risks.

To comment on the dangers of power of attorney shown in this example, Hannah Southon was brought into the debate. She emphasised that this is an “extreme example” but confirmed that cases of powers of attorney being misused are increasingly common as families become more complicated, the incidence of dementia is rising and people are living longer. Asked about the trouble caused by the agreements, Hannah explained that it is not unusual to see disputes in families involving a step-parent. Here, a parent falls ill and their partner, the step-father or mother to their children, becomes the attorney and takes control of the finances. Sometimes, the step-parent abuses this responsibility and spends the money frivolously, ignoring the needs of the donor’s children. Considering how to avoid this scenario, Hannah commented that it is very difficult to revoke a power of attorney through the courts: “you can’t just turn up at court and say ‘I don’t like this person, I don’t trust them’”. She advised those who suspect that the attorney is not acting in the best interests of the donor should collect as much evidence as they can and instruct a lawyer without delay.

One of Denzil Lush’s main criticisms of the power of attorney system is its “lack of transparency and accountability”. He said that he had “greater confidence” in the default alternative: deputyship. Hannah explained that deputyship is where a person loses capacity before arranging an attorney, so instead the Court of Protection steps in. However, Hannah stresses that this path can be lengthy and arduous and it often leaves a vacuum with no arrangements in place which can be frustrating for loved ones. Considering the best way to ensure that someone’s wishes are respected, Hannah suggests choosing one attorney who is fully trusted rather than a distant third party, or dividing the responsibility equally among children. She emphasised that, to avoid conflict and confusion, it is advisable to make sure the children or close relatives are all aware of who the attorney is and what this entails.

Subscribers can listen to the show here.

To read more about lasting power of attorney, click here.

Saudi millionaire’s daughter seeking an extra £5.5m from ex-husband two years after divorce
This site uses cookies. Find out more. Continued use of this site is deemed as consent.   CLOSE ✖