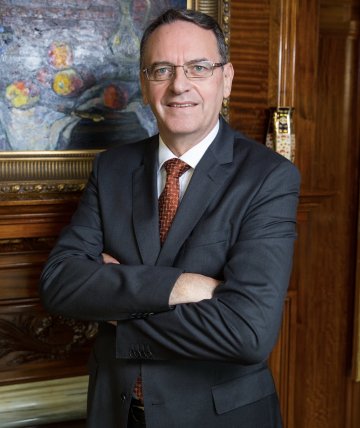 Vardags Director Frank Ryan featured on Channel 4 News and the BBC News website last week. He brought his decades of expertise to bear on the landmark employment case against Uber.

The gig economy behemoth known for its flexible contracted workforce have made themselves a vast customer base and sworn enemies of driver’s unions. Last Friday the London Employment Tribunal determined that two drivers are not self-employed but ’workers’ within the meaning of the Employment Rights Act 1996. Though not as encompassing as employee rights, their ’worker’s rights’ entitle them to paid annual leave, limits on weekly working hours, national minimum wage and the protection of whistle-blowing legislation.

On Channel 4 Frank discussed the nuanced employment status of the drivers noting that "the potential for claims is enormous".

He reported in the BBC’s business live feed warning readers about the impact of the judgment:

“This is a landmark decision which is guaranteed to have widespread implications: for Uber itself, its workers, the paying public, black cab drivers and other workers in the so called gig economy. While each case turns on its own facts, this is essentially a green light for others in the gig economy to come forward and make similar claims. "While potentially good news for black cab drivers, who have always struggled to compete with Uber and who will already have been encouraged by the Mayor of London’s package of reforms for the taxi sector, it’s ultimately bad news for the consumer. It is surely unavoidable that Uber will look to pass the resultant increased costs onto the paying customer. It seems inevitable that Uber will - must - appeal this decision.”

The repercussions on the UK gig economy will undoubtedly be monumental. With so much at stake, we will almost certainly see Uber appeal and perhaps even see the case reach the Supreme Court.

Housing Minister advises pensioners to leave property to grandchildren
This site uses cookies. Find out more. Continued use of this site is deemed as consent.   CLOSE ✖