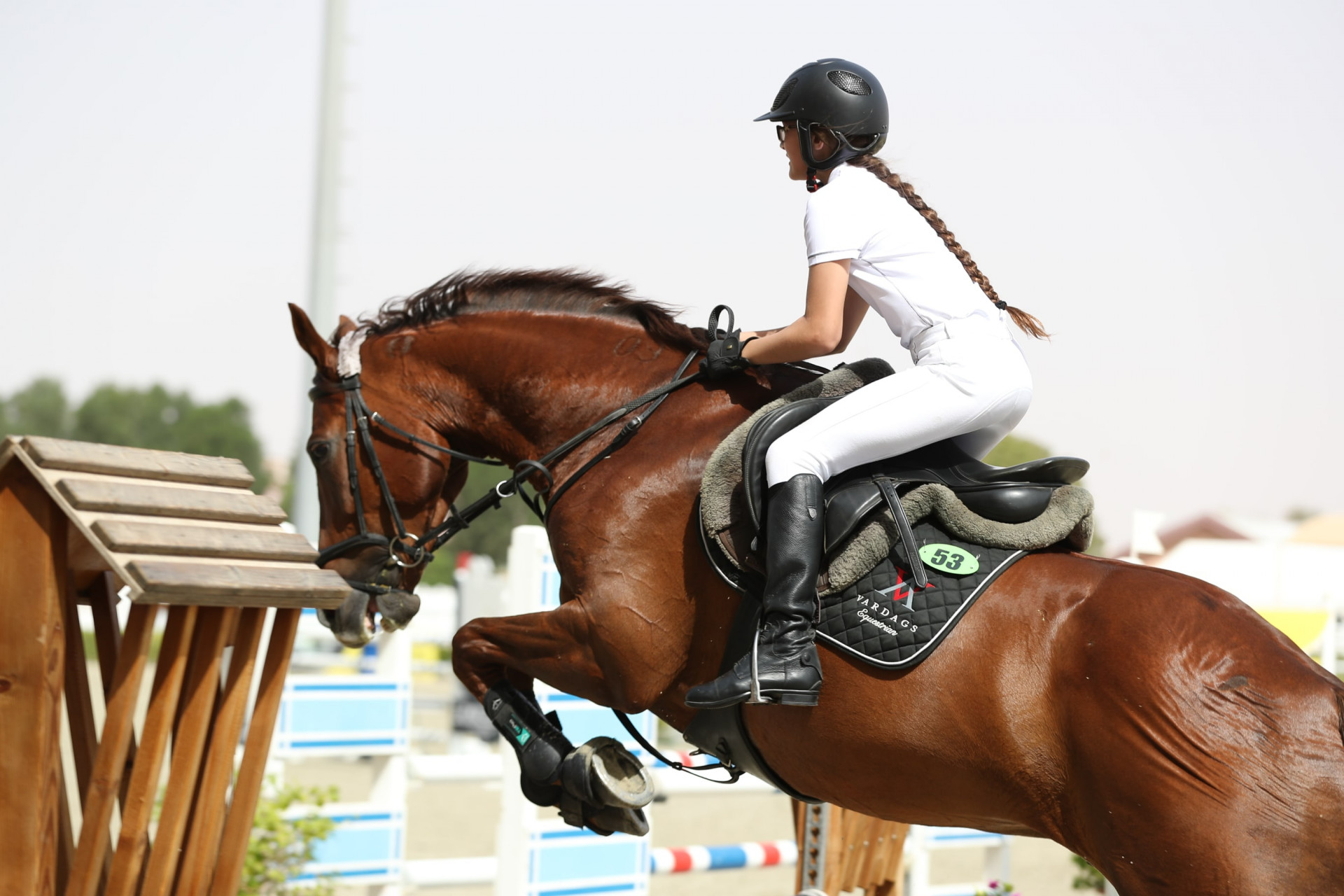 It proved to be a lucky Friday 13th for Vardags Equestrian. Hard on the heels of last weekend’s Gulf Elite Tour victory, Ahmad Mansour and Helena Vardag-Walters gave spectators an incredible show at Al Ain in the two day UAE National Showjumping League.

Ahmad Mansour, “one of the fastest men in the UAE”, and lightening-fast brown mare Estoril de Vardag won the national small tour without a single fault and by far the fastest time at 57.27.

Meanwhile having made her nationals debut only the week before, Helena Vardag-Walters returned to the arena with Atletic de Vardag in the 115 league. She expertly managed the "wildly excited" 17hh Hungarian Warmblood in an edge-of-your seat ride through the large arena.

Riding hot and strong, 8 year old Atletic clipped a pole with his back feet on the fifth jump and responded with a full body buck. Helena successfully sat it and calmed Atletic with a circle to get on track, finishing in good time and with only one pole down.

As Ahmad continues to dominate the UAE’s showjumping circuit, the talented young eventer in his tutelage is establishing herself as one-to-watch.

Lucy Winter's riposte to Government claims about stricter sentencing in CityAM
This site uses cookies. Find out more. Continued use of this site is deemed as consent.   CLOSE ✖