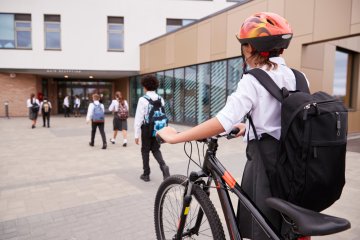 One of the most serious crises that a school is likely to ever face is around safeguarding. The recent media coverage of the allegations made by people on “Everyone’s invited” and the Independent Inquiry into Child Sexual Abuse (IICSA) which found "shocking" failings across a number of organisations has alerted schools around the country to the gravity of these incidents. Ofsted’s review into Sexual Abuse in Schools and Colleges means that, from September 2021, inspections including those performed by the Independent Schools Inspectorate, will now focus more specifically on this area.

The anonymity of “Everyone’s invited” has encouraged those previously scared of coming forward to share their stories. Sadly, many of the allegations on the platform are likely to be only the tip of the iceberg.

These incidents can range from current to historical abuse of different kinds to an area of growing concern in educational safeguarding where students share illegal material between themselves via social media and messaging platforms. Many students do not realise that they are committing a criminal offence if they share or store on their phone nude pictures of a student that is legally regarded as a child – even if it was the child that initially sent the photo. The ease of sharing means that these photos can forwarded from person to person and school to school, resulting in many students breaking the law without even realising it.

Schools act in loco parentis for students within their institution, even more so where boarding is offered. Independent schools, in particular, rely on their reputation for excellence and safeguarding to not only retain, but also attract, future students. The negative publicity that arises from an allegation against a student at a school can have incredibly serious consequences.

Schools must therefore be prepared to provide the best possible support for students that have experienced any form of abuse. Schools will also need to ensure that they approach the issues in the correct way, both from a legal, governance and reputational standpoint.

A school’s governance team are vitally important in these situations since they determine the school’s strategy and make the crucial decisions that determine how a school operates. Safeguarding is a fundamental part of a school’s governance and so ensuring that all policies and procedures are up to date is paramount. A governing board must have a designated person that is responsible for monitoring and updating the rest of the board on safeguarding issues.

What makes it difficult for many schools is that they can receive little or no notice of an issue and may also be restricted in what they can say to those within their school community, or to external audiences, particularly when the police are involved. A call from a media outlet can be the first time a school is alerted to an issue. Parents, students or third parties may approach the media before, or at the same time as going to the police.

If approached by the press it is critical that schools know how to manage these situations, for example, should they talk to a journalist? Should they issue a public statement? What is a school allowed to say if there is a live criminal investigation in progress? What should they say to parents?

Preparation for these kinds of incidents and issues is key. Having a robust plan and the right team in place that can advise you swiftly, and effectively, on the legal and reputational aspects of a situation can mean the difference between resolution and long-term damage.