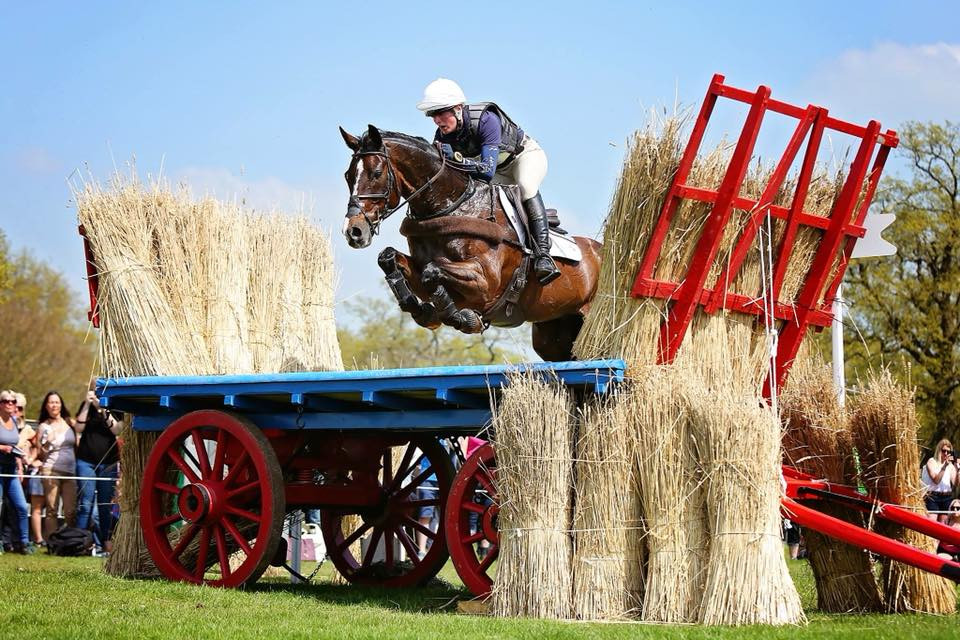 With excitement mounting in Vardags Equestrian’s Sussex stables, on Saturday Ayesha Vardag made the announcement that the team will be joined by international event rider Flora Harris.

The 30-year-old eventer has been riding professionally since she left Millfield school in 2007 and went to train with Gill Watson. That same year she represented Great Britain for the first time at the European Eventing Championships.

Flora continued to establish herself in the equestrian world, training in Wiltshire with Andrew Fletcher for dressage and her partner Jeremy Scott for jumping.

As part of the Vardags Equestrian team Flora will be training and competing Vardags Saratoga, Vivendi de Vardag and Dona Isabella de Vardag this season, as well as training Helena Vardag-Walters on Vardags Bucephalas and Noble Nuteller. Flora is “absolutely delighted and very excited to be joining team Vardags Equestrian”.

With sights set on the Rolex Grand slam and the Olympic Games, Flora’s ambition is to reach the highest level of riding as part of Team GB.

In Flora’s first major outing since the announcement, she completed the punishing Badminton horse trials for the first time last week.

One of the two largest and most prestigious events in the UK eventing calendar, Badminton is one of only six 4-star events in the world. Having made her four-star debut at Badminton back in 2011, Flora had enjoyed a clear round in the cross country only to have to withdraw before the showjumping the following day. However in the intervening years successes with 16hh bay gelding Bayano paved the way for a successful return. In 2016 she won the Scottish Open Championship with Bayano, who she had previously taken to the European eventing championships, and last year the pair completed their first four-star at Luhmuhlen. Finally, last Wednesday Flora and Bayano returned to Badminton to take on the renowned 4-star event.

In a dramatic day of eventing, Flora finished in the top 10 on Day 1 in the dressage with a superb score of 26.

The cross country began in as promising a vein with the pair thundering across the course, but after Bayano pushed through the wrong side of a flag, Flora took a nasty injury to the leg. With the commentators noting that she must be about to quit, Flora and Bayano came around, went over the next fence and rode on undeterred to completed the course. It was a gruelling challenge, the pair picked up 20 pens and time on a course that brought down many experienced 4-star riders including eliminating the likes of Piggy French and Jonty Evans. Horse and rider persevered in the showjumping the following day, finishing within time, albeit with four poles down.

Though tired after their first completion of the difficult Badminton horse trials, Flora and Bayano’s explosive potential has only been reaffirmed. The whole Vardags Equestrian team is excited to see where this young, promising rider is headed.

Ahmad Mansour wins Longines League
This site uses cookies. Find out more. Continued use of this site is deemed as consent.   CLOSE ✖